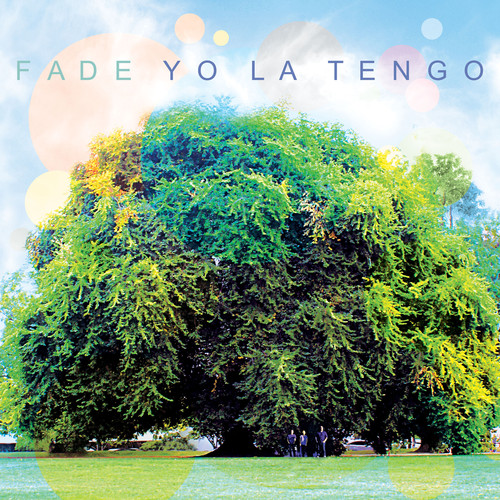 Fade is the most direct, personal and cohesive album of Yo La Tengo's career to date. Recorded with John McEntire at Soma Studios in Chicago, it recalls the sonic innovation and lush cohesion of career high points like 1997's I Can Hear the Heart Beating as One and 2000's And Then Nothing Turned Itself Inside Out. The album is a tapestry of fine melody and elegant noise, rhythmic shadowplay and shy-eyed orchestral beauty, songfulness and experimentation.

By The Constant Listener

I don’t know much of anything about Yo La Tengo. This is the first time I have listened to one of their albums from start to finish. I’m glad I did. Opening track “Ohm” has a swirling, drone-like effect that hypnotized and pulled me through an invisible door into a melodic, free-ranging, indie-rock world of a band that knows what they’re about and will follow their muse wherever it may lead, and it feels like anyone is welcome to come along. And then comes the plunky, mellow, hum-dee-dum warmth of “Is That Enough,” with its string arrangements, and old school pop chords. The song seems kind of ironically mellow, which is amusing and pleasant, but what makes it awesome is the wall of fuzzed-out hard rock electric guitar soloing going on softly in the background. Hard rock softly in the background – this is the first thing I will remember about Yo La Tengo. I’ll also remember the sense of story on this album and a kind of dreamy, cinematic quality that seemed to pull me along from one track to the next. I don’t know what the album is about yet, and I couldn't really quote lyrics effectively at this point, but I hear acoustic guitar work that resonates with reflection and feeling, and seems to explore outward, return inward, and move outward again in a new direction. I’m a sucker for anything pretty, and so the Nick Drake-ish “I’ll Be Around” is probably my favorite track on the album. The problem with favorites on an accomplished album like this one though, is that they’re like magnets in a bowl of paperclips – I try picking one out, and a cluster of other songs wants to come along too.