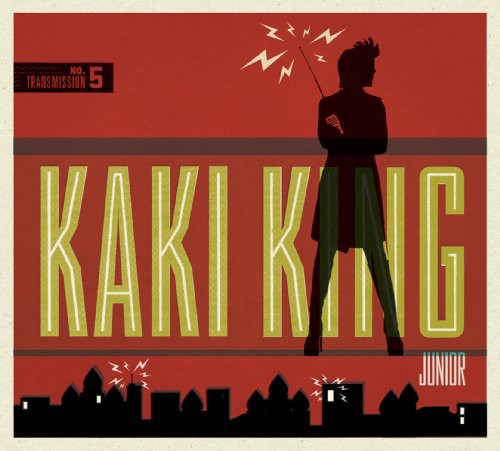 Singer & guitarist extraordinaire, Kaki King, has spent the past decade gathering critical acclaim and fan admiration for her unparalleled guitar skills. Not only is she the first ever female named a "Guitar God" by Rolling Stone, but she also received a Golden Globe nomination for her contribution to the musical score of Sean Penn's 2007 film, Into the Wild. That same year, King appeared in August Rush as the protagonists guitar double, performed on the Foo Fighters' Grammy® winning album, Echoes, Silence, Patience & Grace, as well as opened for them during their Australia tour. Now at the start of the decade, Kaki reaches new heights with her Rounder Records debut album, Junior. This collection of songs delivers twists-and-turns: lyrically from exuberance and anger to heartbreaking melancholy; and sonically from experimental pieces to accessible pop. While the dazzling musicianship King has been renowned for still remains, Junior showcases her further maturation as a well-rounded artist, demonstrated by the humbling vocals displayed on this recording. Produced by Malcolm Burn, (Patti Smith, Emmylou Harris) Junior defies categorization and expectation; making it a recording to be reckoned with.