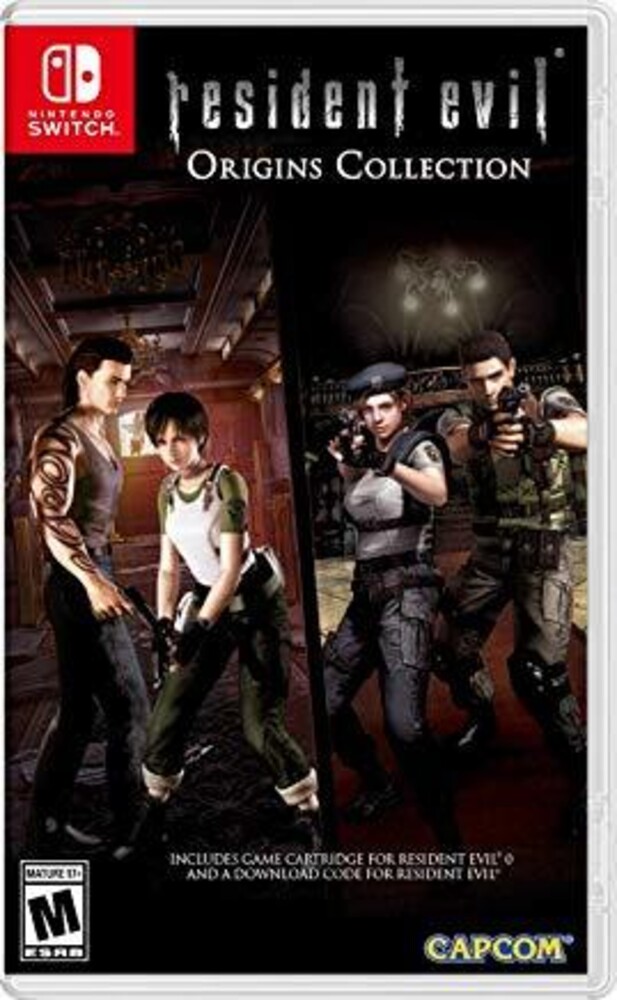 Resident Evil Origins Collection includes remastered versions of the critically acclaimed Resident Evil and it's popular prequel, Resident Evil 0. Both fans of and newcomers to the Resident Evil series, having sold over 88 million units to date, can experience the origins of the Resident Evil saga at home or on the go. The story in Resident Evil Origins Collection takes players back to July 1998. In Resident Evil 0, Raccoon City's Special Forces division, S.T.A.R.S., has sent it's Bravo team to investigate mounting and unusual murders on the city's outskirts. Rookie S.T.A.R.S. member Rebecca Chambers teams up with death row convict and ex-Navy lieutenant Billy Coen in order to survive the nightmares that await them. Resident Evil takes place immediately afterward and players take on the roles of either Chris Redfield or Jill Valentine, as they are forced to take shelter in a mysterious mansion filled with unimaginable horrors. Both games contain limited ammo and survival items, and players will need to keep their wits about them to survive nefarious traps, puzzles, and the undead.