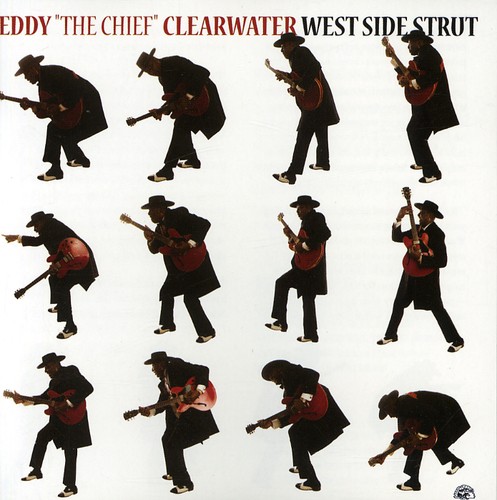 Beloved Chicago bluesman Eddy "The Chief" Clearwater is an acknowledged master of the West Side school of blues that spawned Magic Sam and Otis Rush. He won the Blues Foundation's Blues Music Award for "Contemporary Blues - Male Artist of the Year" in 2001 and his last release, 2003's ROCK N ROLL CITY was Grammy nominated. Now teamed with the blues and roots marketing power of Alligator Records, Eddy and his new release, West Side Strut, are due to reach his biggest audience yet. WEST SIDE STRUT is an energized mix of West Side blues and old school rock with a contemporary spark from producer Ronnie Baker Brooks, who also lays down some sparkling guitar work. Featured guests include Lonnie Brooks and fellow Chicago blues and soul legends Jimmy Johnson and Otis Clay. The star of the disc is Eddy, though as his stinging guitar and rought-hewn vocals lead the way.