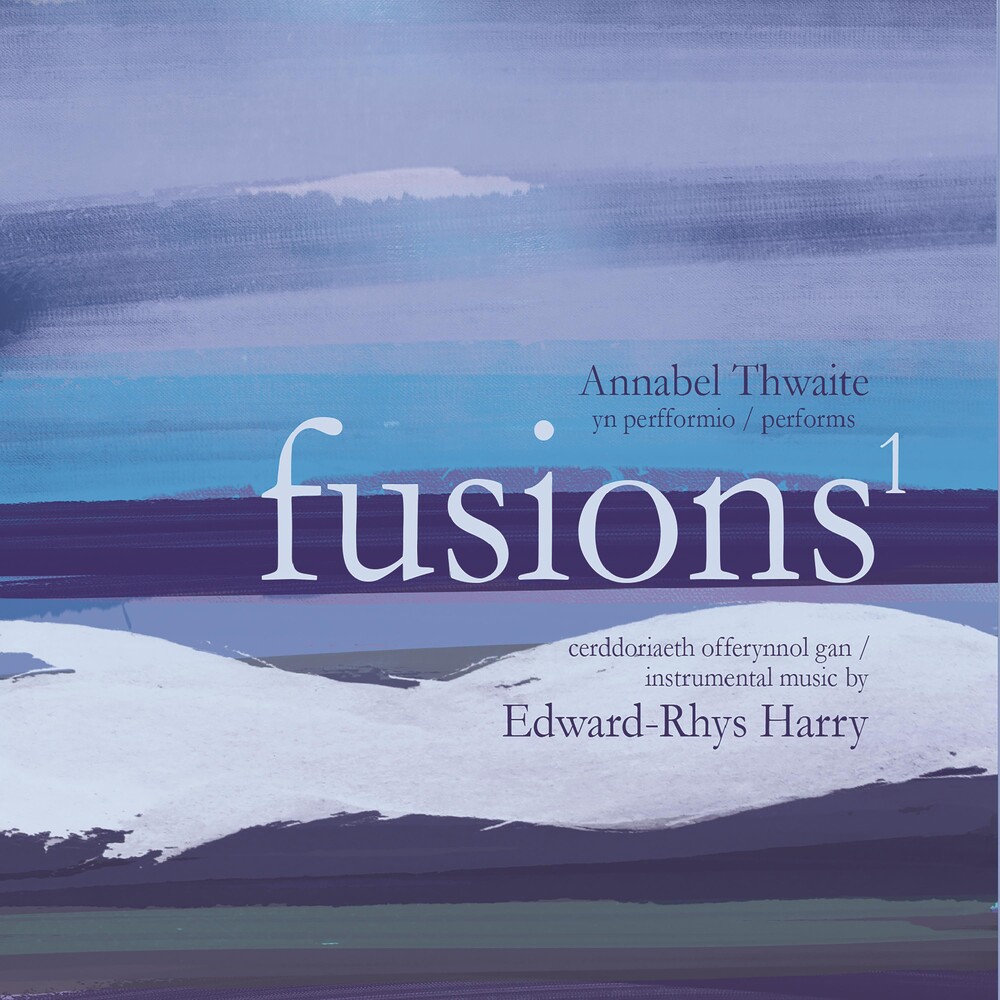 Edward-Rhys Harry and Annabel Thwaite have worked together for over a decade primarily as the dynamic music team who perform with the London Welsh Male Voice choir. They have also toured together all over Europe including Sweden, Spain, Cyprus, Belgium and Germany with a number of choirs and most recently at the Llangollen International Musical Eisteddfod. As a composer, Harry is emerging as a fresh Welsh voice, unafraid to embrace the musical traditions of his roots, whilst finding new ways of representing his language and culture. Indeed several tracks on Fusions 1 are directly related to Penclawdd, on The Gower, where he was born, brought up and still resides, when not working in London or abroad. The unique working partnership between Harry and Thwaite is the inspiration behind this collection of works; where the composer/arranger combines with pianist to create fresh interpretation, true narrative and musicality of the highest standard. Concert goers may recognize some of the titles, but listeners may not be expecting the musical twists and turns found in these bold new compositions. The other performers featured on 'Fusions 1' are Matthew Jones, Steffan Morris, Rhodri Prys Jones and emerging young singers from the Royal Welsh College of Music and Drama, who all bring searing, honest and emotionally charged performances to life. It is rare to find such a collaborative relationship that develops it's own language and level of connection, drawing in audiences and performers alike, who react and respond to the level of emotional communication found in this unique collection of works in such a positive way.