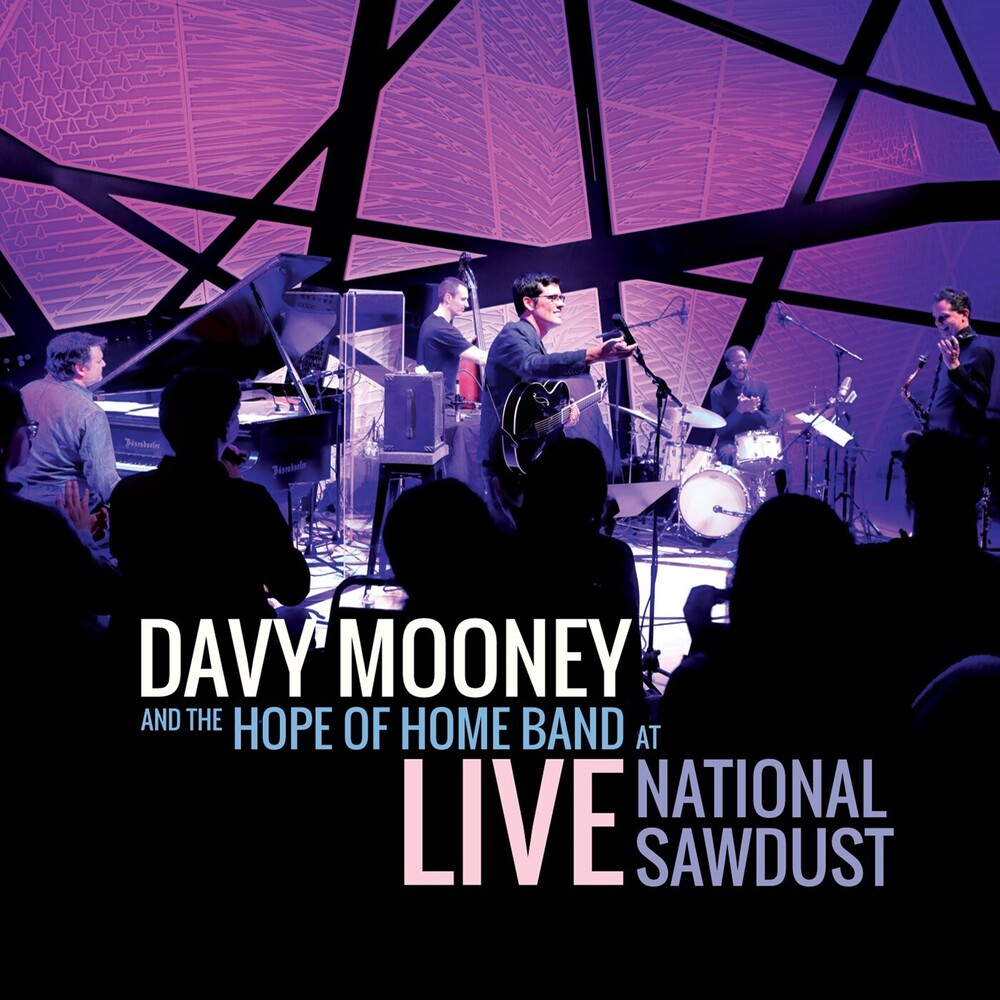 Guitarist/composer Davy Mooney knows just how special these experiences are and wanted to capture the essence of their magic on his new recording, Live at National Sawdust. On the recording, Mooney brings together his incredible Hope of Home band, featuring saxophonist John Ellis, pianist Jon Cowherd, bassist Matt Clohesy and drummer Brian Blade, to play old and new material for a receptive group of listeners at Brooklyn's National Sawdust and to conjure a fabulously warm and heartfelt performance that can be revisited over and over. // Mooney and the Hope of Home Band assembled at National Sawdust on January 27, 2020 with engineer Sascha von Oertzen. Of course, live recordings have their challenges. The performers have to consider the audience and can not just start over again. But that is precisely why live recordings can be amazing. The emphasis on being in the moment supercedes the idea of perfection, typically producing compelling performances. // The pieces that Mooney brought to record were a mixture of staple pieces from his repertoire going back for nearly 15 years and new pieces that were written with the promise of this recording. Some of the older pieces are rarities that the guitarist brought out from his first recordings from 2009, Astoriano and Last Train Home, a duo album with John Pizzarelli.