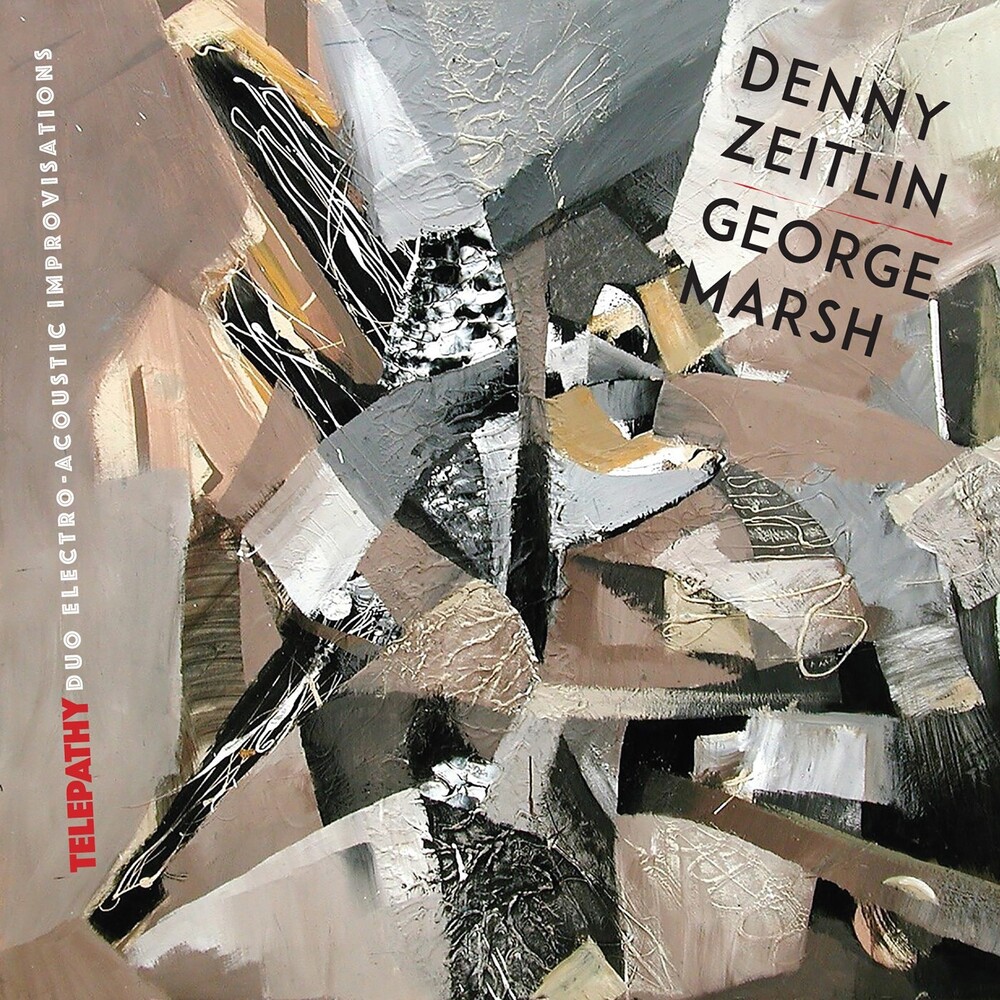 A Note From Denny Zeitlin // George Marsh and I began our Sunnyside duo electro-acoustic recordings with "Riding The Moment" in 2015. "Expedition" followed in 2017, chronicling an exciting and enriching evolution. And now "Telepathy," consisting primarily of pieces recorded since then, finds us exploring broader and deeper dimensions of spontaneous composition as our attunement and musical vision continue to expand. // For listeners having a first contact with our duo, I'll repeat my remarks from our previous albums, since the set and setting remain the same. // This album, like "Riding the Moment," and "Expedition," has roots going back to the late sixties, when I began a decade of exploring the electro-acoustic integration of jazz, classical, funk, rock, and free-form music. My trio included Mel Graves or Ratzo Harris on bass, and throughout, the incredible drummer/percussionist George Marsh. We recorded and toured the West Coast, concluding this period with my electro-acoustic-symphonic score for the 1978 remake of "Invasion Of The Body Snatchers." // I then returned to a focus on acoustic solo, duo, and trio music for a couple decades, and George went on to numerous other projects. With the passage of the millennium, synthesizer and recording technological advances lured me back into a major and ongoing studio upgrade. "Both/And" (Sunnyside 2013) was devoted to the electro-acoustic domain as a soloist. And since 2013, George and I have musically re-united, and have been exploring the potential of duo electro-acoustic free improvisations-the co-creation of what we often refer to as "sound paintings." // Our goal has been to approach the music without a score or any preconception; to be as fully present as possible, "riding the moment," and allowing the music to go where it wants-without any constraint of genre, or fixed harmonic, rhythmic, or melodic structure. We hope our "telepathy" allows the emergence of spontaneous compositions that have freshness, beauty, excitement, internal logic, new sounds, and a sense of journey-an "expedition." Over 95% of this music was recorded in "real time" with one pass. On those occasions where I didn't have enough hands to play what I was hearing, I over-dubbed some orchestration or a solo voice. And in those instances, I typically went with the first take, to preserve the spontaneity of the project. // I believe you will hear in our interaction that George is a full partner in the co-creation of this album. To preserve acoustic separation during recording we were unable to see each other; we were carried by our shared musical vision, trust, and an extraordinary rapport. We often feel like we are some kind of galactic orchestra.