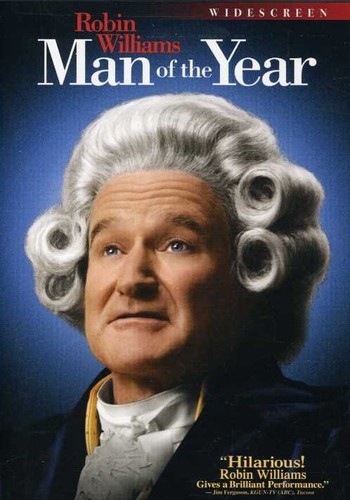 Tom Dobbs is the host of a comedy talk show who is fed up with the political system and suddenly decides to run for president. So off he he goes on a national bus tour, joined by his manager, Jack Menken, and his head writer, Eddie Langston, bringing his message of change to an eager public. Meanwhile, Eleanor Green, who works for Delacroy, the company that has developed the voting machines being used by the government, discovers a serious glitch in the program that alters the result of the election. She tries to tell the company's CEO and Chief Counsel/Spokesman but they want everything hushed up so their stock prices aren't affected and their upcoming international deal goes through. Unable to hold back t he truth, Green looks to Dobbs for help while being hunted down by Delacroy. Director Barry Levinson Star Robin Williams, Christopher Walken, David Alpay Special Features: Widescreen.