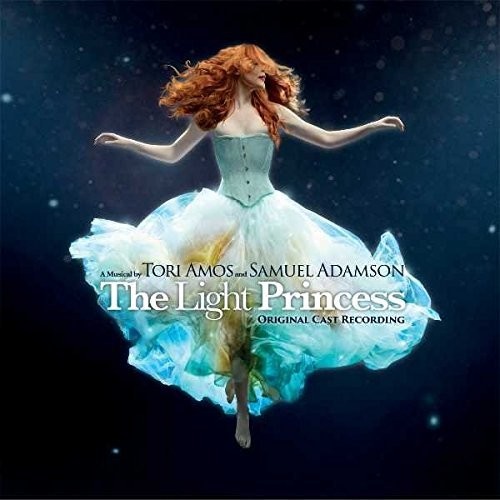 With music and lyrics by Tori Amos and book and lyrics by Samuel Adamson and suggested by a story by George MacDonald, Amos weaves her delicately crafted music throughout the narrative, with Adamson poignantly telling the story of a young woman facing her fears. The Light Princess is the next chapter in Amos trailblazing career, best described as a huge triumph by The Huffington Post.

The Light Princess is Althea, a princess who loses her mother at the age of six. In an opposing kingdom, a young prince, Digby, also sees his mother die. Digby becomes so solemn that he never smiles. In contrast, Althea becomes so light with grief that she floats into the air, where she never cries. She is shunned by her kingdom and locked away in her father s castle.

One day, Digby declares war and Althea is forced out of confinement. She defies her father and escapes, only to encounter the solemn prince. Beside a lake, the warring heirs begin a passionate and illicit affair. But for Althea to find real love, she must first confront the world s darkness and face her deepest fears.

The role of Althea, the light princess, is sung by Rosalie Craig. The New York Times raved, In its leading lady, Rosalie Craig, a star is born. Craig received an Evening Standard Award and a Laurence Olivier Award nomination for her moving performance. She can be heard on the cast album alongside the rest of the original cast including Nick Hendrix, Amy Booth-Steel, Kane Oliver Parry, Hal Fowler and Clive Rowe, among others. The album is produced by Amos and features Martin Lowe conducting with orchestrations by long time Amos contributor John Philip Shenale, as well as vocal arrangements and additional orchestrations by Amos and Lowe.

Amos and Adamson take this fairytale about grief, rebellion and love and create a one-of-a-kind musical that has been embraced by audiences and critics alike.

Tori Amos
Tori Amos is a multi Grammy-nominated singer/composer/pianist who has sold over 12 million albums. Her expansive catalogue of 14 landmark records includes her 1992 iconic debut Little Earthquakes as well favorites Under The Pink, Boys For Pele, Scarlett s Walk and more. Her last and most recent album Unrepentant Geraldines (released in 2014 on Mercury Classics/UMC) debuted at #7 on Billboard s Top 200 chart, making it her 8th studio album to chart in the top 10 in its first week of release. Unrepentant Geraldines was a commercial and critical success, and heralded as some of Tori s best work over the last 20 years according to NPR.

A pioneer across multiple platforms, she was the first major label artist to offer a single for download. She has produced groundbreaking videos throughout her career, taking risks both musically and visually. Renowned for her passionate and broad fan-base, her tours are consistently critically and commercially successful, with an ever-evolving live show. Ms. Amos is also a noted humanitarian and co-founder of RAINN (Rape, Abuse, and Incest National Network), which is the United States largest anti-sexual assault organization.