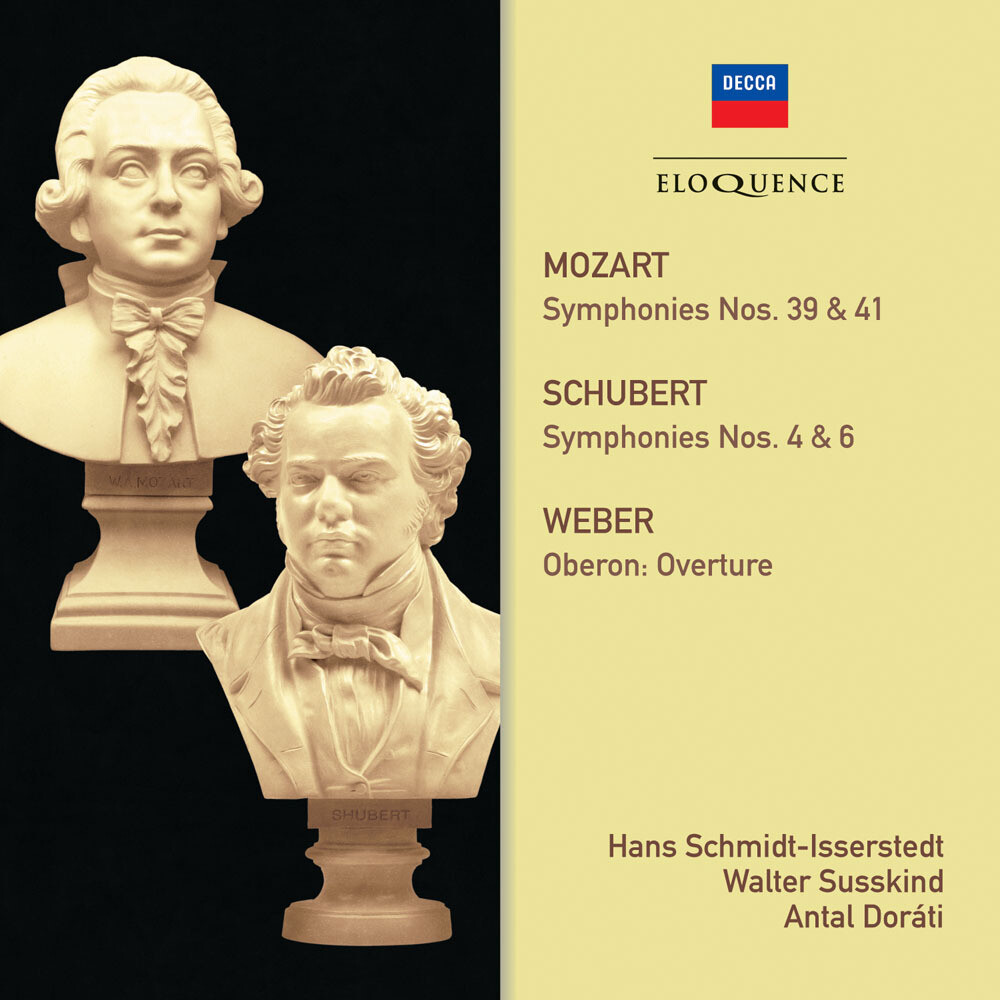 'Like most of the great European conductors,' wrote the critic Harold C. Schonberg, '[Schmidt-Isserstedt] has been brought up in a tradition that insists on selflessness before great music. The aim of conducting, as he sees it, is to bring out the message of the composer and not the skill.' These virtues distinguish his Mozart conducting above all, including the recordings he made for the Mercury label with the London Symphony Orchestra in 1958. Schmidt-Isserstedt conducted Mozart with deep scholarly understanding, having written a doctoral dissertation about the Italian influence on Mozart, but reverence never impeded vitality, as the present recording of the 'Jupiter' Symphony amply demonstrates. His colleague Wilhelm BrĂĽckner-RĂĽggeberg paid a tribute as acute as it was generous to Schmidt-Isserstedt's way with Mozart, 'quite different from the usual apple-crumble cake [Streuselkuchen] or Mozartkugeln. When he conducted Mozart, the music was crystal clear, without false sentiment, but full of beautiful, airy sound.' Having founded the NDR Sinfonieorchester after World War II and led it on highly successful tours of the UK in politically sensitive times, Schmidt-Isserstedt established a warm working relationship with all the orchestras in London, where he was a frequent and welcome guest until his unexpected death from a heart attack in 1973. He took inspiration from the conducting of Artur Nikisch, which he had witnessed at first hand in Berlin, to persuade orchestras rather than bullying them, and these Mercury recordings document a deep mutual respect between the LSO and their German guest. As on it's first release, the Schubert Sixth is coupled with the Fourth conducted by the Czech-British Ă©migrĂ© Walter Susskind.