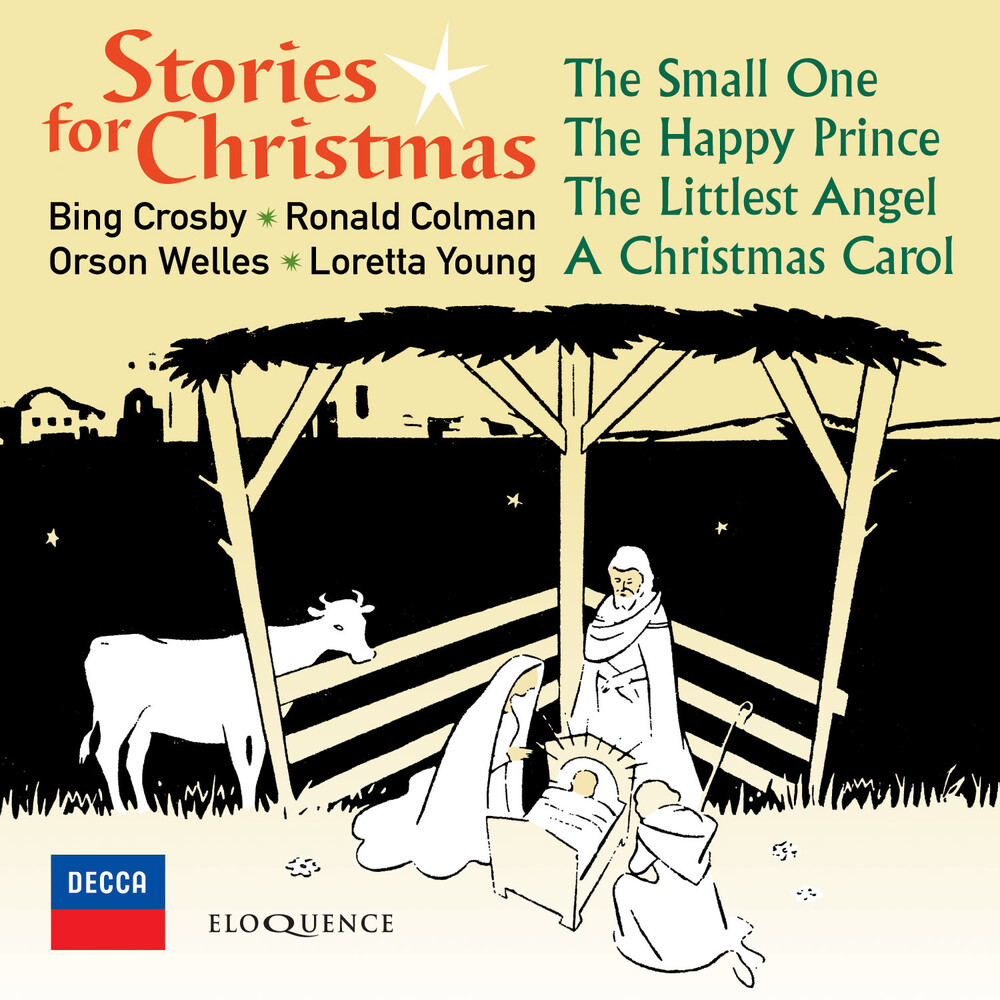 A collection of six short stories for Christmas, written and adapted for American children of the 1940s and 1950s and featuring stars of the silver screen, including several first-time official CD issues. The celebrity narrators include Bing Crosby (The Small One), Loretta Young (The Littlest Angel), Gregory Peck (Lullaby of Christmas), Ronald Colman (A Christmas Carol), Charles Laughton (Mr. Pickwick's Christmas). In the days when families gathered around the wireless and the radiogram, Christmas stories made popular entertainment for children and adults alike. The most successful of them were transferred to record with musical accompaniments supervised by experienced Hollywood hands, none more so than Bernard Herrmann, Alfred Hitchcock's composer of choice, who in 1944 composed and conducted a score to an adaptation by Orson Welles of Oscar Wilde's tale of The Happy Prince. Bing Crosby took the part of the Prince, and two years later became narrator for a new story by Charles Tazewell, The Small One. Two further Tazewell stories for radio captured the imagination of the American public in 1948 and became Christmas-time fixtures, rather like The Snowman on British TV in the 1980s. The Littlest Angel and Lullaby of Christmas both told a touching tale, in the tradition of Andersen's Little Match Girl but with a happy ending, of a child whose fortunes are transformed at Christmas time. When Decca released them as 78s and 10-inch LPs, they were narrated by Loretta Young and Gregory Peck respectively. According to Peck, 'This is the holiday drama I've always hoped to find'. English leads were used for the two English stories recorded by American Decca: Ronald Colman as Scrooge in A Christmas Carol, and Charles Laughton as Mr. Pickwick in another Dickensian picture of poor souls redeemed by kindness at Christmas time - this last scored by none other than Hanns Eisler, seven years before he fled the US after being denounced by the Committee for Un-American Activities. In all these tales, there is a warmth and a delight in the telling that struck a chord in their audiences of the 40s and 50s, and will do so again in these newly remastered transfers.