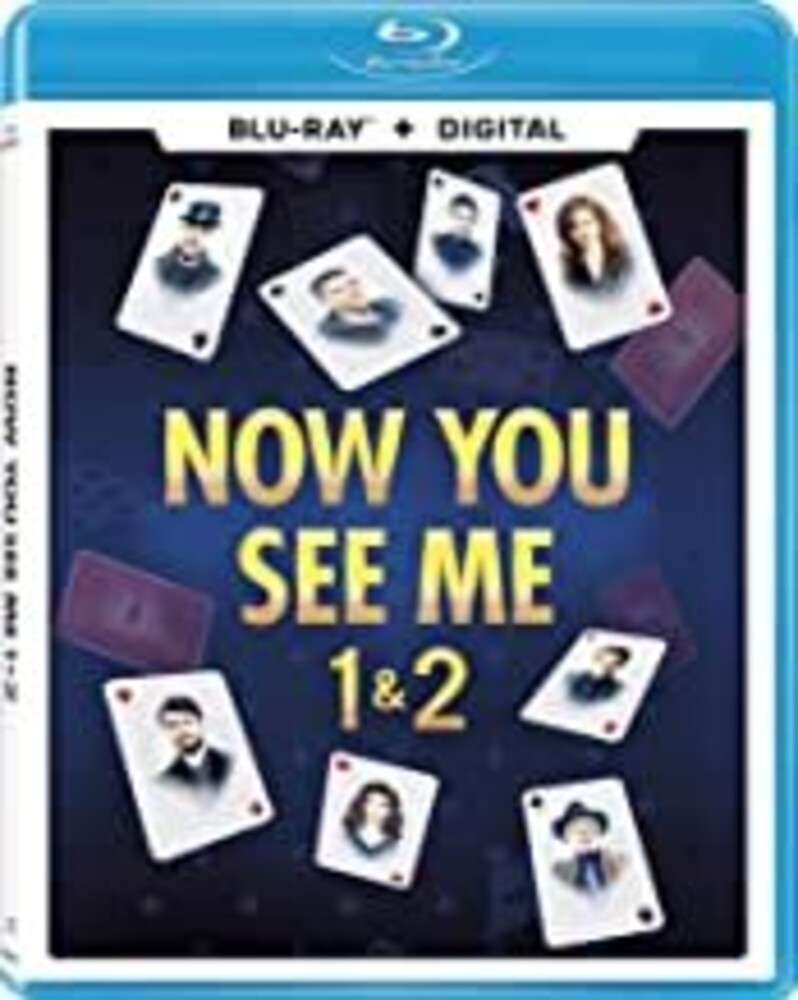 Two-disc set includes: Now You See Me (2013)Quirky caper follows The Four Horsemen (Woody Harrelson, Jesse Eisenberg, Isla Fisher, and Dave Franco), stage magicians who seemingly rob a bank in front of the audience and distribute the money to the crowd as their grand finale. But when they rip off the wealthy insurance magnate (Michael Caine) who sponsors them, it's up to an FBI agent (Mark Ruffalo), an Interpol operative (MĂ©lanie Laurent), and a former magician (Morgan Freeman) to bring them to justice. 115 min. C/Rtg: PG-13 Now You See Me 2 (2016)In this slick sequel, the magicians/thieves known as the Four Horsemen (Jesse Eisenberg, Woody Harrelson, Dave Franco, and new addition Lizzy Caplan) are recruited by a tech prodigy (Daniel Radcliffe) to "acquire" some new software that steals it's users' data. Nothing is as it seems, of course, and the Horsemen soon find themselves double-crossed when it's revealed their new boss has a shocking connection to someone from their past. Mark Ruffalo, Michael Caine, Morgan Freeman also star. 94 min. C/Rtg: PG-13 Widescreen; Soundtracks: English DTS HD 7.1 Master Audio, Spanish; Subtitles: English (SDH), Spanish.