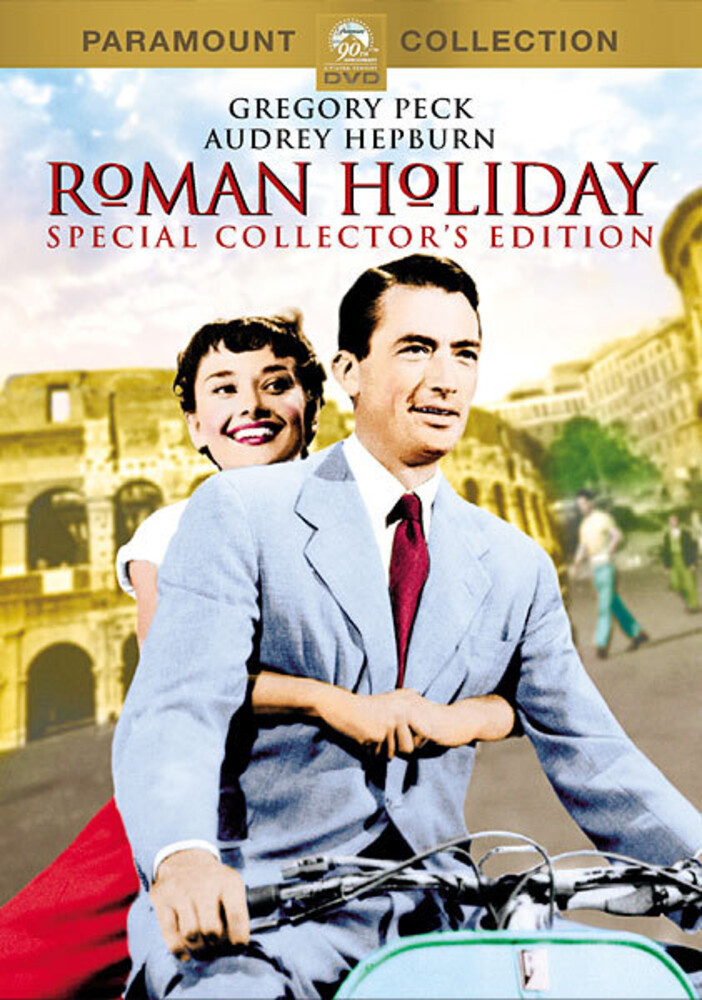 There is an old saying: "See Naples and die... see Rome and LIVE!" And Princess Ann (Audrey Hepburn) plans to do just that. While on a high-profile tour of European cities, this modern-day princess decides to rebel against her regimented and stifling royal obligations once her regal entourage reaches Italy. Determined to take in all the sights and sounds of The Eternal City, she sneaks off on an adventurous exploration... one that leads to an encounter with handsome American newspaperman Joe Bradley (Gregory Peck) and his affable photographer pal (Eddie Albert). Joe is desperate for an exclusive story - and he's got a colossal one, once he discovers he's in the company of a runaway princess! Can romance be far behind? Nominated to 10 Academy Awards and the winner of three*, director William Wyler's timeless romp is an enthralling romantic comedy that will capture your heart and imagination. *Winner: Best Actress (Audrey Hepburn); Best Writing - Motion Picture Story (Dalton Trumbo); and Best Costume Design - Black & White (Edith Head), 1953. (English), Audrey Hepburn's Oscar winning performance in her first starring role. Roman Holiday was nominated for ten Academy Awards, and Audrey Hepburn captured an Oscar for her portrayal of a modern-day princess, rebelling against the royal obligations, who explores Rome on her own. She meets Gregory Peck, an American newspaperman who, seeking an exclusive story, pretends ignorance of her true identity. But his plan falters as they fall in love. Eddie Albert contributes to the fun as Peck's carefree cameraman pal. Stylishly directed by William Wyler, this romantic comedy ranks as one of the most enjoyable films of all times. (Spanish)