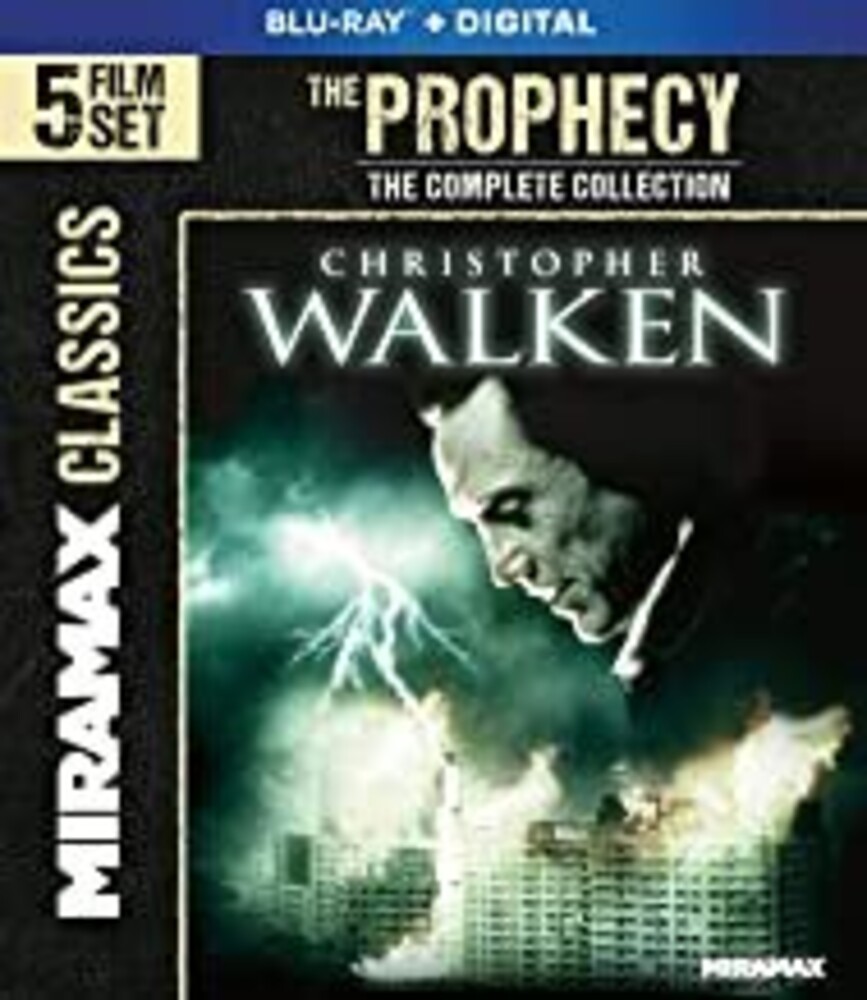 Two-disc set includes: The Prophecy (1995)Inventive horror tale follows evil angel Gabriel (Christopher Walken) as his jealousy over God's interest in humans makes him instigate a war on Earth. Trying to stop him are good angels, led by Simon (Eric Stoltz), a detective who once studied for the priesthood, and a schoolteacher. With Elias Koteas, Virginia Madsen and Amanda Plummer. 97 min. C/Rtg: R The Prophecy II (1998)Christopher Walken returns as Gabriel, the diabolical angel out to kill nurse Jennifer Beals, whose unborn child, fathered by a rival angel, is destined to save Earth from a coming "holy war." Russell Wong, Eric Roberts and Glenn Danzig also star in this theological terror tale. 84 min. C/Rtg: R The Prophecy 3: The Ascent (1998)The third seraphic shocker finds Gabriel (Christopher Walken) once again fighting "on the side of the angels," as he tries to defend the half-human Danyael from angel of genocide Pyriel, who is out to destroy the world. Kayren Butler, Vincent Spano, Scott Cleverdon also star. 84 min. C/Rtg: R The Prophecy: Uprising (2005)When she accidentally acquires an ancient Biblical tome that appears to still be writing itself, a young woman must safeguard it from a band of fallen angels who've learned that it predicts the arrival of the Antichrist. The thrilling fourth installment in the popular horror series stars Kari Wuhrer, Sean Pertwee, Doug Bradley, and Jason Scott Lee. 88 min. C/Rtg: R The Prophecy: Forsaken (2005)In the direct sequel to "The Prophecy: Uprising," Kari Wuhrer returns as the reluctant custodian of a religious text that could bring about the end of humanity if it falls into the hands of the renegade angels pursuing her. With Jason Scott Lee, Jason London, John Light, and Tony Todd. 75 min. C/Rtg: R