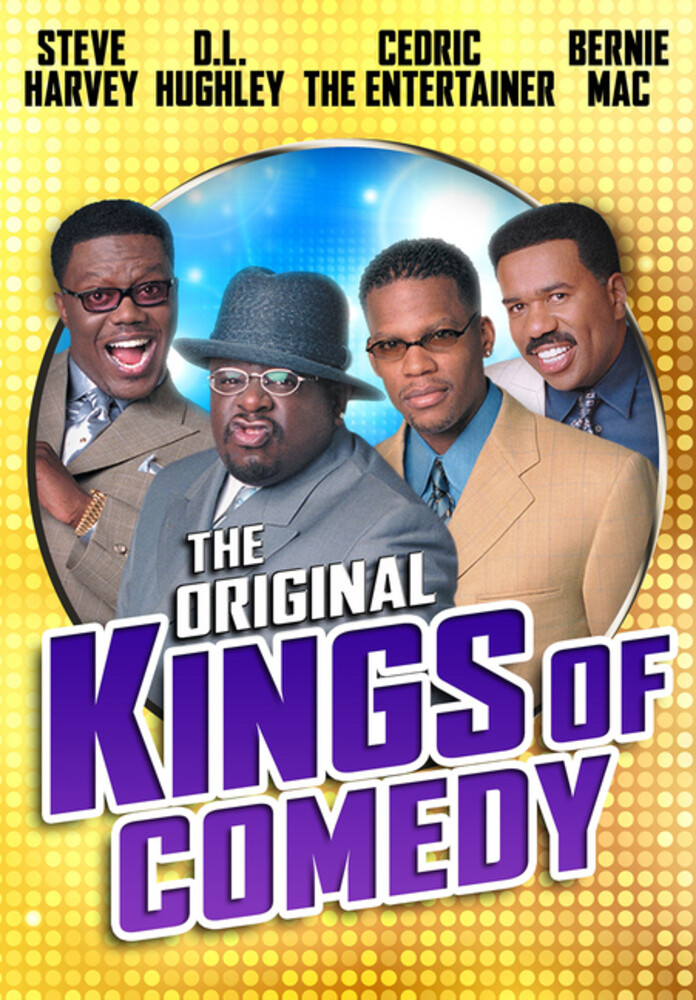 For the first time on Blu-ray, the house is rockin' and the laughs are rollin' as comedians Steve Harvey (The Steve Harvey Show), D. L. Hughley (The Hughleys), Cedric The Entertainer (The Steve Harvey Show) and Bernie Mac (Life) meet in this riotously comedy summit directed by Spike Lee. Inspired by the highest-grossing comedy tour in history, The Original Kings of Comedy captures four of today's hottest stand-ups live and uncensored, and in engaging backstage footage and interviews. Emcee Steve Harvey and his fellow funnymen take rib-tickling aim at sports personalities, church services, bill collectors, hip-hop and much more. For comedy fans and anyone who could use two hours of non-stop laughs, The Original Kings of Comedy is a royal treat.