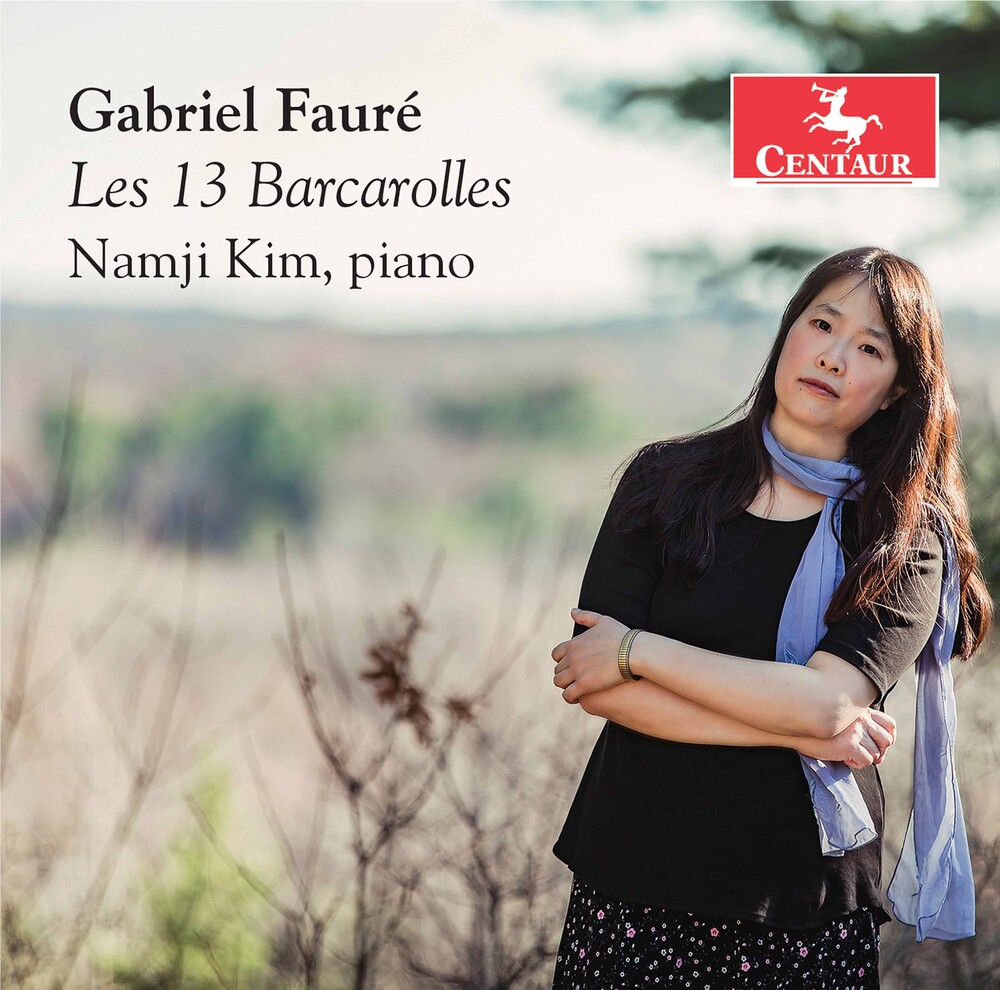 The Faure Bacarolles are unique and wonderful works for piano. Pianist Namji Kim plays these works with exquisite sensitivity and warmth. Dr. Namji Kim graduated from the National Superior Conservatory of Paris with First Prizes (Premiers Prix) in piano, chamber music, and harmony. She earned her Bachelor and Master of Music degrees from the Juilliard School, and her Doctor of Musical Arts degree from the Manhattan School of Music. Her doctoral thesis was a study of prosody in French Operas. A finalist at the Kahn International Piano Competition in Paris and at the Chopin International Competition in Majorca, Ms. Kim's concert schedule has included performances around North America, Europe, Russia, and Korea, where in addition to her recitals she appeared on television and radio broadcasts. Also an active accompanist, Ms. Kim has accompanied singers in the master classes of Ned Rorem and Louise Talma as well as accompanying for the vocal studios of Gabor Carelli, Paul Sperry, Cynthia Hoffmann, and Gary Kendall. Her chamber music activities include performances within various string ensembles and duos with wind and brass instruments notably performances with cellist Paul Kosower, clarinetist Robert Spring, and trumpeter Thomas Pfotenhauer. In addition to her performing, she has published several review essays relating to the interrelationships among philosophy, theology, and music in the Boston College Journal, "Religion and the Arts." Namji Kim is an active pedagogue in chamber music, piano, and music theory.