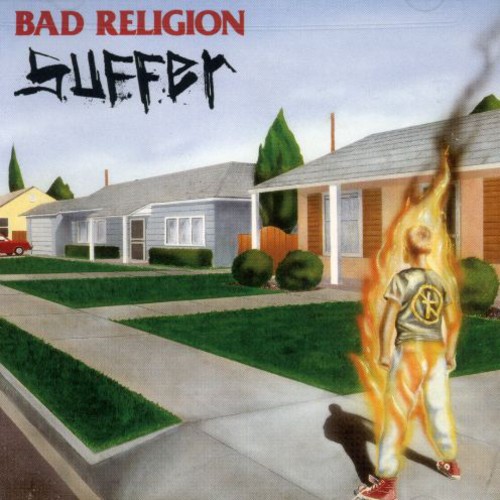 ''Suffer'' is the third album by American punk rock band Bad Religion, released on the Californian independent record label Epitaph Records on September 8, 1988. It was the first album that was both released and distributed by the label. Following the release of the EP ''Back to the Known'' (1985), Bad Religion went on a temporary hiatus, then reunited with its original members and went to work on its first full-length studio album in five years.

Although ''Suffer'' was not charted in Billboard, it has been cited by some critics as one of the most important punk rock albums of all time. After its release, ''Suffer'' quickly became Epitaph Records' best seller and was the label's best-selling album for a number of years, until the release of The Offspring's 1994 highly acclaimed album ''Smash''. A plethora of third-wave punk bands cite this album as a major inspiration; NOFX's Fat Mike has called it "the record that changed everything." - Wikipedia