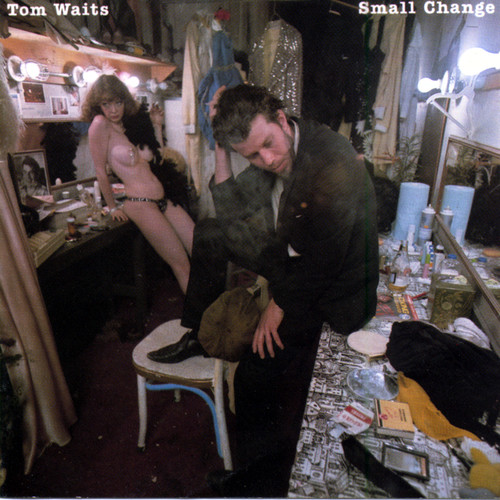 Digitally remastered edition. Small Change is a masterpiece that contains some of Waits' best early work. Classic jazz, Tin Pan Alley, and Stephen Foster filtered through Tom's unique worldview and lyrical genius. Heartbreaking, hilarious and always vivid, songs like "Step Right Up", "Tom Traubert's Blues", "I Wish I Was in New Orleans", "The Piano Has Been Drinking", and "Invitation to the Blues" are all classics that have influenced generations of songwriters since. Recorded with a live orchestra and featuring jazz legend Shelly Manne on drums, Small Change is a classic and stands as one of Tom Waits most popular recordings. Tom Waits is a critically acclaimed singer-songwriter, musician, composer and actor. His deep distinctive gravelly voice was described by critic Daniel Durchholz as sounding as though "it was soaked in a vat of bourbon, left hanging in the smokehouse for a few months, and then taken outside and run over with a car". Waits has built up a distinctive musical persona with his trademark growl, his incorporation of pre-rock music styles such as blues, jazz, and vaudeville, and experimental tendencies verging on industrial music.