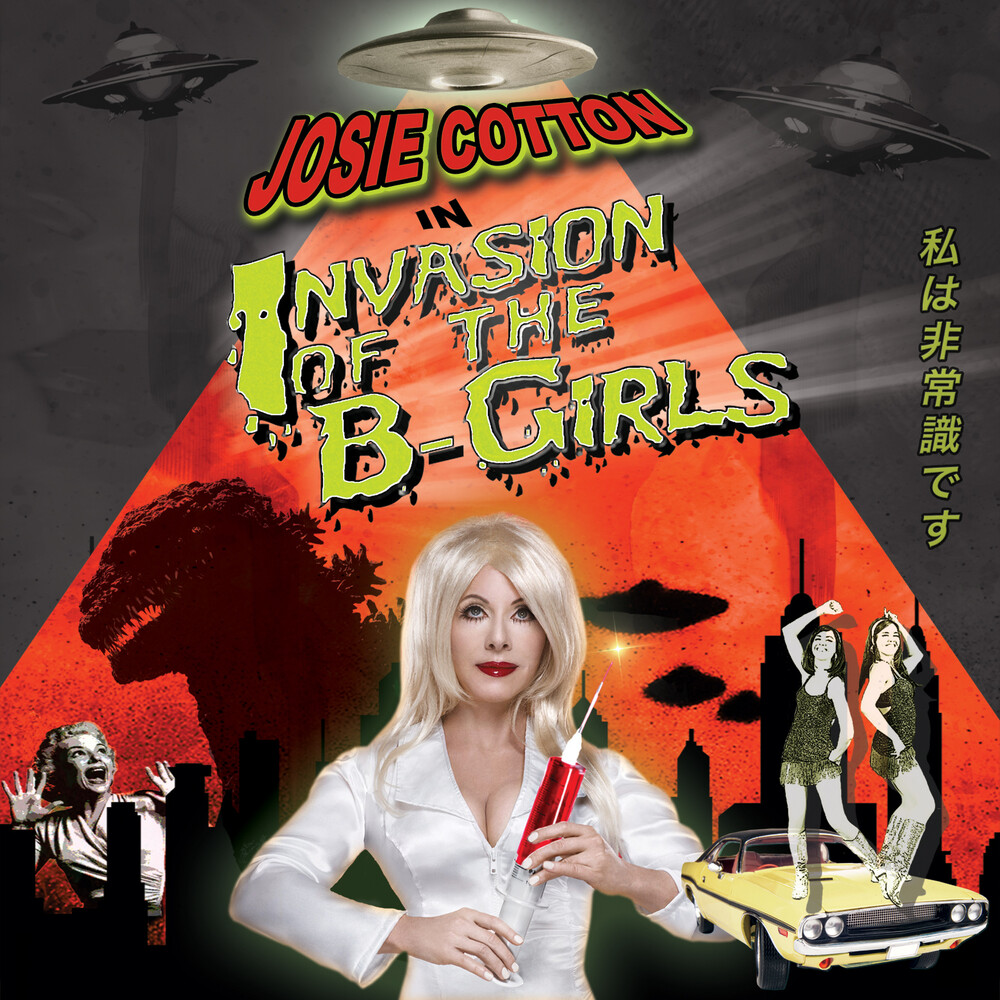 A collection of theme songs and featured tunes from a variety of exploitation films from the '60s and '70s, Josie Cotton'S Invasion of the B-Girls is a one-of-a-kind album. The LP boasts liner notes from director John Waters, who knows more about this film genre than anyone. His own song, "Female Trouble," (from the film of the same name) is prominently featured, and will also be the advance digital single to the vinyl LP, helping to raise awareness about the album. The track features the TOWER OF POWER horns; other featured musicians throughout include David Kendrick (DEVO, SPARKS), Paul Roessler (SCREAMERS, TWISTED ROOTS), Geza X, Kenny Lyon and many others. While the movies that are highlighted are often considered low-budget affairs, the production value of these versions take many of these numbers to a new level. Among the songs on the LP are "Maneaters (Get off the Road)" from Herschell Gordon Lewis' female biker flick She Devils on Wheels, "Run Pussy Cat" from Faster Pussycat! Kill! Kill! And "Beyond the Valley of the Dolls," both Russ Meyer exploitation classics. The theme songs from The Girl in Gold Boots, Green Slime and Black Klansman (the Ted V. Mikels film, not Spike Lee's) are all on board and delivered with expected Josie panache. Two songs from the giant Japanese monster genre, "Goodbye Godzilla" and "Shiawaseo Yobou" are also lovingly rendered.This release follows recent vinyl releases on Sympathy for the Record Industry (new single "Ukrainian Cowboy" and Cleopatra Records (Everything is Oh Yeah LP), and precedes summer reissues of the classic '80s hits Convertible Music and From the Hip, both previously on Elektra Records. Josie will also be lensing a promotional video for "Female Trouble" alongside the release of Invasion of the B-Girls.