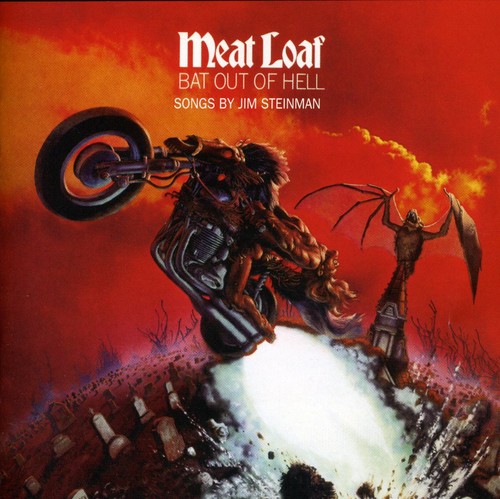 Described as epic, Gothic, Operatic and silly all in the same breath, Meat Loaf's testosterone fueled, Springsteen inspired masterpiece the third best selling album worldwide behind Michael Jackson's Thriller and AC/DC's Back in Black, was shopped around for years before Todd Rundgren began production in late 1975. Songwriting credit goes to Jim Steinman on You Took the Words Right out of My Mouth (Hot Summer Night); Heaven Can Wait; All Revved Up with No Place to Go; Two out of Three Ain't Bad; Paradise by the Dashboard Light; for Crying out Loud; Great Boleros of Fire, and the title track.

''Bat Out of Hell'' is the second album by American rock musician Meat Loaf, released in October 1977. Selling approximately 200,000 copies per year as of 2010, it is the fifth best-selling album worldwide, having sold 43 million copies worldwide . ''Rolling Stone'' magazine ranked it at number 343 on its list of the 500 greatest albums of all time in 2003. Its musical style is influenced by composer Jim Steinman's appreciation of Richard Wagner, Phil Spector and Bruce Springsteen.