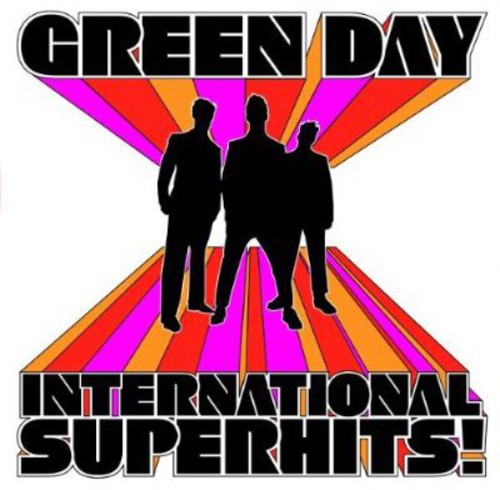 ''International Superhits!'' is a greatest hits album by Green Day. It was released on November 13, 2001, by Reprise Records. It contains the major singles that the band has released, from ''Dookie'' (1994), their major label debut, up through their most recent album at the time, ''Warning'' (2000). It also includes two previously unreleased tracks ( Maria and Poprocks & Coke) and "J.A.R. (Jason Andrew Relva)", a single released in 1995 not appearing on any album.

It was released simultaneously with the ''International Supervideos!'' DVD, which had music videos for many of the songs on this album.

Reaching #40 US and #15 UK upon its release, ''International Superhits!'' has sold 1.3 million units in the US as of August 2006 where it went platinum and over 2.3 million worldwide. It has continued to be a popular release, being critically well-received.