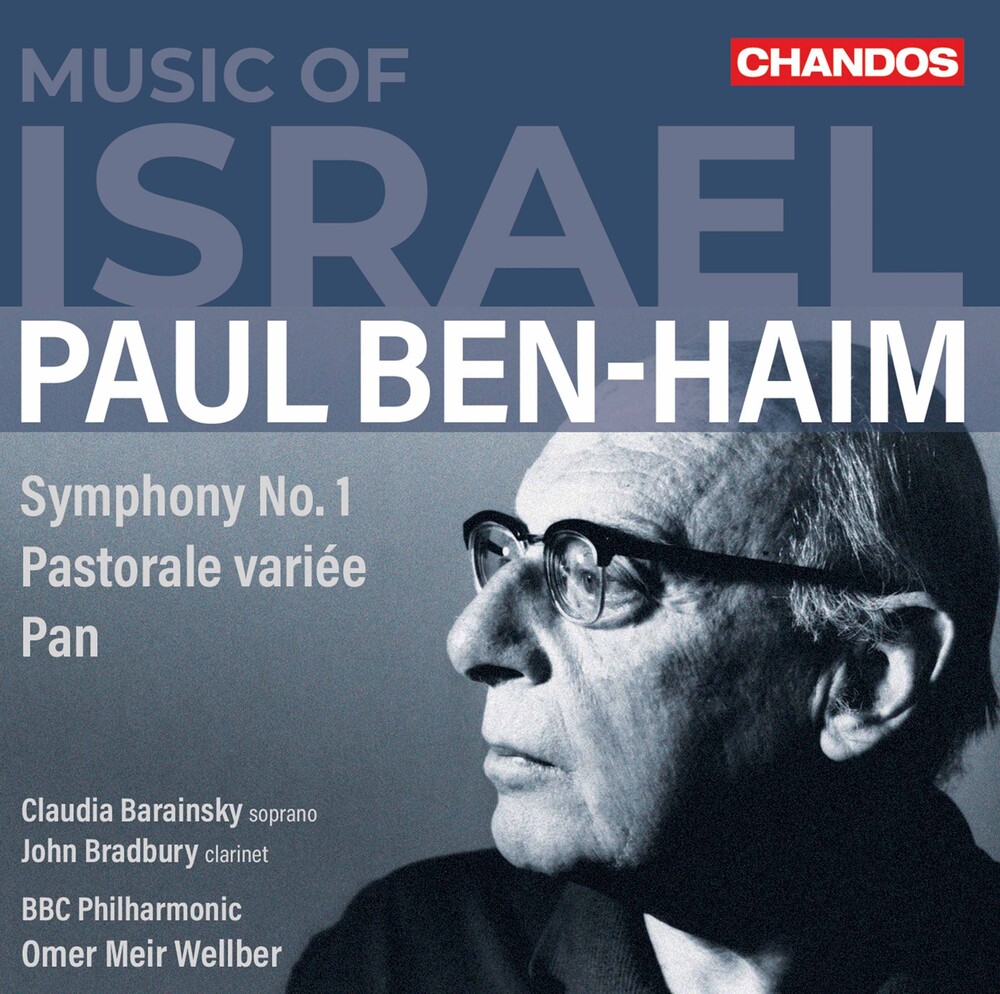 Paul Frankenburger, (born in Munich on 5 July 1897) was a successful conductor and composer in Bavaria, until he lost his position at the Augsburg Opera due to a financial crisis at the opera house. In 1933, he left Germany and immigrated to Mandatory Palestine. Immediately upon arriving at the new country, he changed his name to Paul Ben- Haim, and within a few years he established himself as a cultural icon, a highly esteemed and influential composer, and the founder of a new musical tradition. Some consider Ben-Haim the national composer of the young state established in 1948, fifteen years after his immigration. The compositions on this album are closely linked to those dramatic years, during which he changed homelands, swapped identities, and, to a large degree, even replaced, or forged, his own unique personal style. Omer Meir Wellber, new chief conductor of the BBC Philharmonic, makes his Chandos debut with this first album in a series dedicated to exploring the music of Israel.