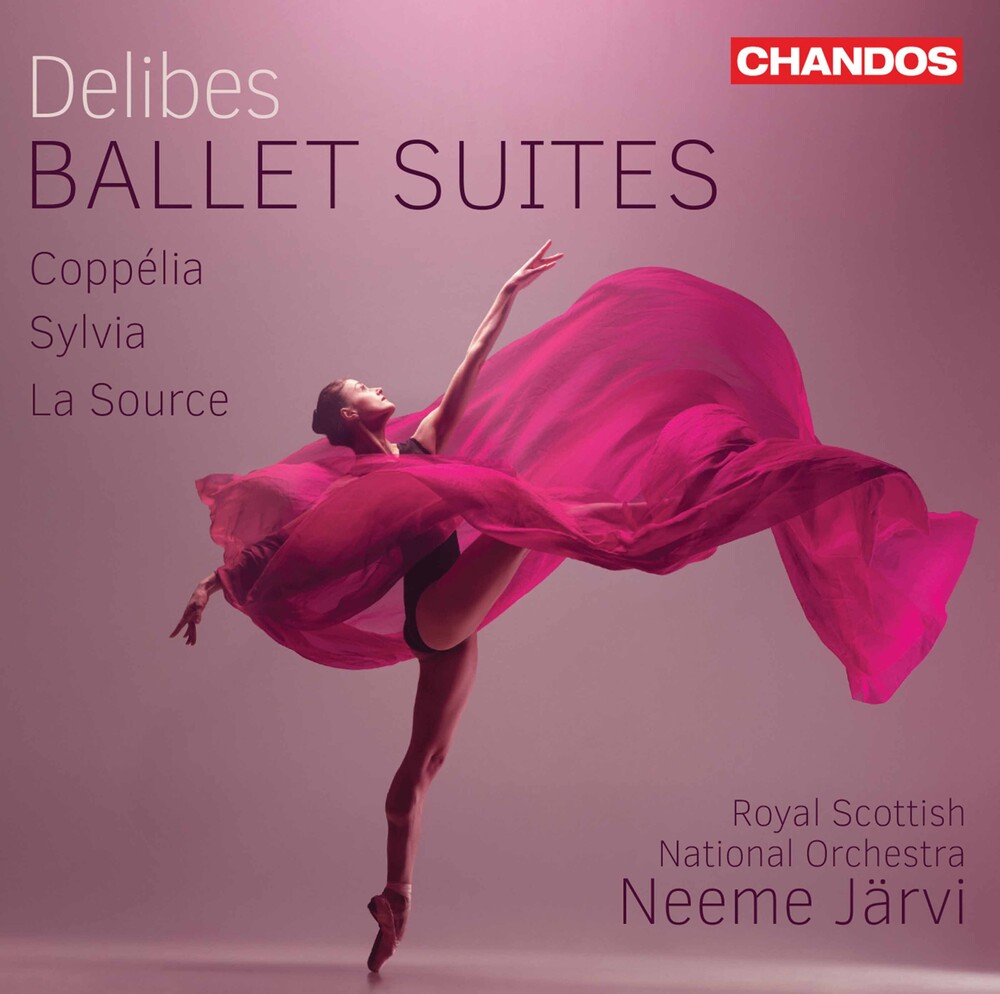 Neeme Järvi returns to the Royal Scottish National Orchestra for a dazzling album of suites from the ballets Sylvia, La Source, and Coppélia by Delibes. Born into a musical family, Delibes enrolled at the Paris Conservatoire aged twelve, studying under several professors including Adolphe Adam. He spent the 1850s and early 1860s composing light operettas and working as a church organist, before achieving public recognition for his music for the ballet La Source in 1866. His later ballets Coppélia and Sylvia were key works in the development of modern ballet, giving the music much greater importance than was previously the case. Typical of the period, the plots for these ballets are obscure, convoluted, and complex, but it's certainly Delibes's talent for lyrical melody and musical expression of a mood or feeling that elevates all three of these scores above their contemporaries - indeed Coppélia went on to become the most frequently performed ballet at the Paris Opéra. Delibes was at the forefront of creating orchestral suites from his ballet music (much to the envy of Tchaikovsky, among others), and thus were indeed envisaged to be performed without staging or dancers. On this album Neeme Järvi adds several additional movements to expand upon the suites which appeared in Delibes's lifetime.