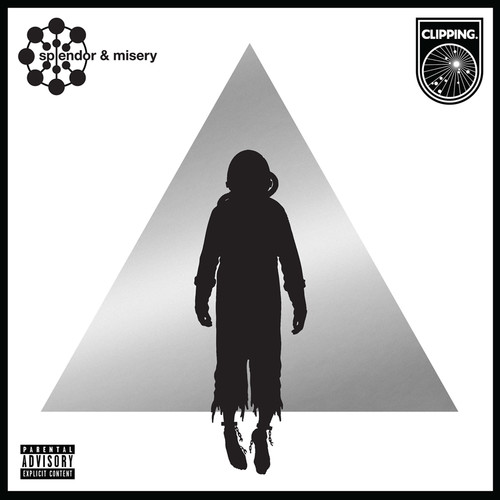 Clipping formed in Los Angeles in 2009. Initially conceived as a remix project, Jonathan Snipes and William Hutson began pairing noise and power-electronics inspired tracks with (stolen) vocals by commercial rap artists. Jonathan and William did this mostly to amuse each other and the duo earned very few fans. However, the band began in earnest in early 2010, when rapper and friend Daveed Diggs joined the group. Clipping was their first project as a trio, building on both their long friendship and their many shared obsessions: rap, experimental music, and genre fiction, among others. Clipping released Midcity on their Bandcamp page in 2013 and signed with Sub Pop three months later. The band described their debut as party music for the club you wish you hadn t gone to, the car you don t remember getting in, and the streets you don t feel safe on. In 2014, they released their Sub Pop debut, CLPPNG, omitting I in the title and lyrics to vacate rap of its traditional center, revealing instead a collage of recurrent rap themes. 2016 s Wriggle EP, released after Daveed s Tony award for his role as Marquis de Lafayette and Thomas Jefferson in the acclaimed Broadway musical Hamilton, included Shooter, which used gunshot sounds as the beat for an imagistic narrative of three different violent encounters. Since the release of CLPPNG, things have changed for the band William finished his Ph.D. in Theater and Performance Studies with a dissertation on experimental music, Jonathan composed scores for the films Starry Eyes, The Nightmare, Excess Flesh, and Contracted: Phase II, and Daveed hit Broadway. Their activities outside Clipping have always influenced their work in the band, but never as much as in the creation of Splendor & Misery. Splendor & Misery is an Afrofuturist, dystopian concept album that follows the sole survivor of a slave uprising on an interstellar cargo ship, and the onboard computer that falls in love with him. Thinking he is alone and lost in space, the character discovers music in the ship s shuddering hull and chirping instrument panels. William and Jonathan s tracks draw an imaginary sonic map of the ship s decks, hallways, and quarters, while Daveed s lyrics ride the rhythms produced by its engines and machinery. In a reversal of H.P. Lovecraft s concept of cosmic insignificance, the character finds relief in learning that humanity is of no consequence to the vast, uncaring universe. It turns out, pulling the rug out from under anthropocentrism is only horrifying to those who thought they were the center of everything to begin with. Ultimately, the character decides to pilot his ship into the unknown and possibly into oblivion instead of continuing on to worlds whose systems of governance and economy have violently oppressed him.