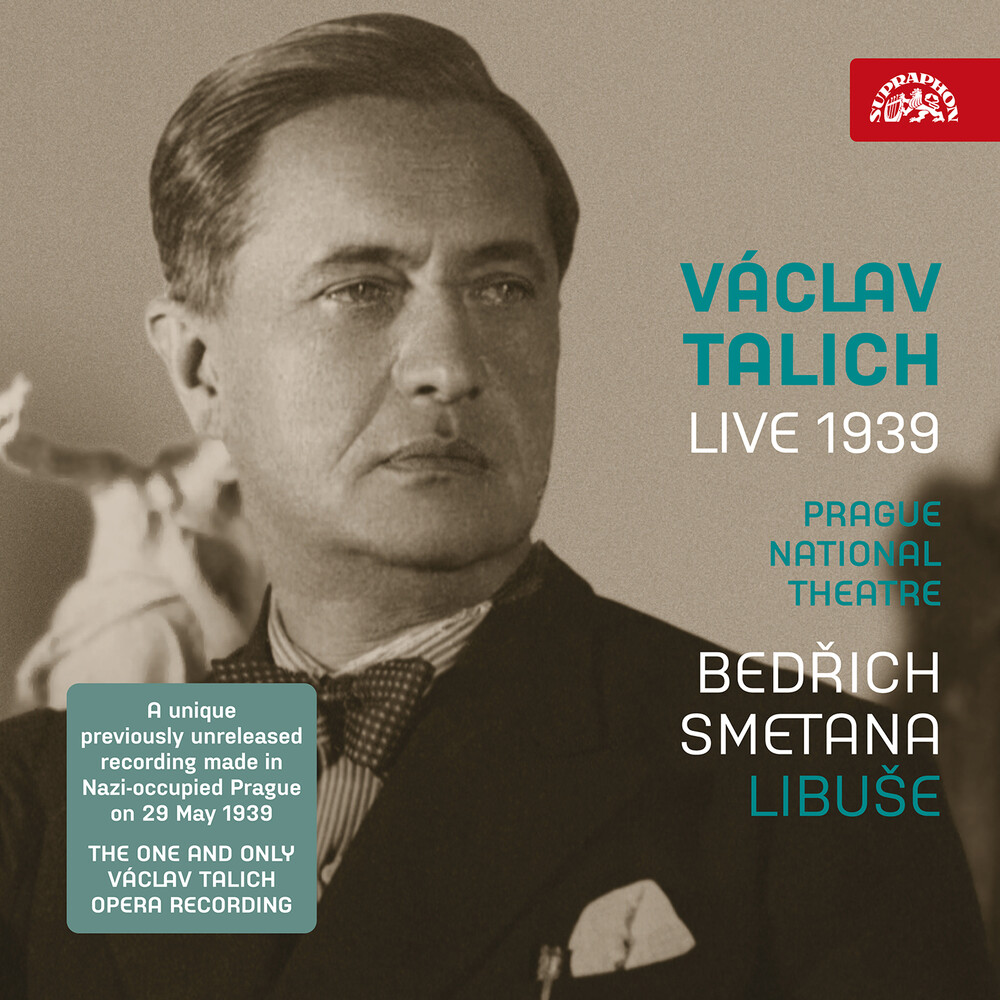 The recording of the concert performance in Nazi-occupied Prague of Bedrich Smetana's My Country (SU 4065-2) conducted by Václav Talich, which took place on 5 July 1939, drew considerable attention worldwide (Special Historic Gramophone Award 2012). It seemed that Talich's discography had thus been rounded off for good. Yet the personal effects of the late soprano Marie Podvalová, renowned for her outstanding portrayal of Princess Libuse, provided yet another gem. A week prior to the mentioned performance of My Country, on 29 May 1939 a recording was made at the National Theatre of Talich's account of Smetana's opera Libuse. Fragments of Act 3 have been reconstructed from the miraculously surviving foils (the present album also contains the 1940 recording of the Overture). In 1939, Libuse's prophecy in Act 3 of Smetana's opera must have sounded to Czech ears like an immensely bold declaration of national pride and courage. Although incomplete and far from being perfect in terms of the quality of sound, the recording's value is truly immense. It is the one and only recording of an opera conducted by Talich, the oldest surviving transmission of an opera performance from the National Theatre in Prague, and the last staging of Libuse during the Nazi occupation before it's performances were strictly banned. The audience's long tumultuous applause and spontaneous singing of the national anthem attest to the moment's enormous emotional gravity, imbuing the recording with exceptional energy. Talich's unique account of Libuse - a bold manifestation of national pride and bravery in 1939 in Nazi-occupied Prague