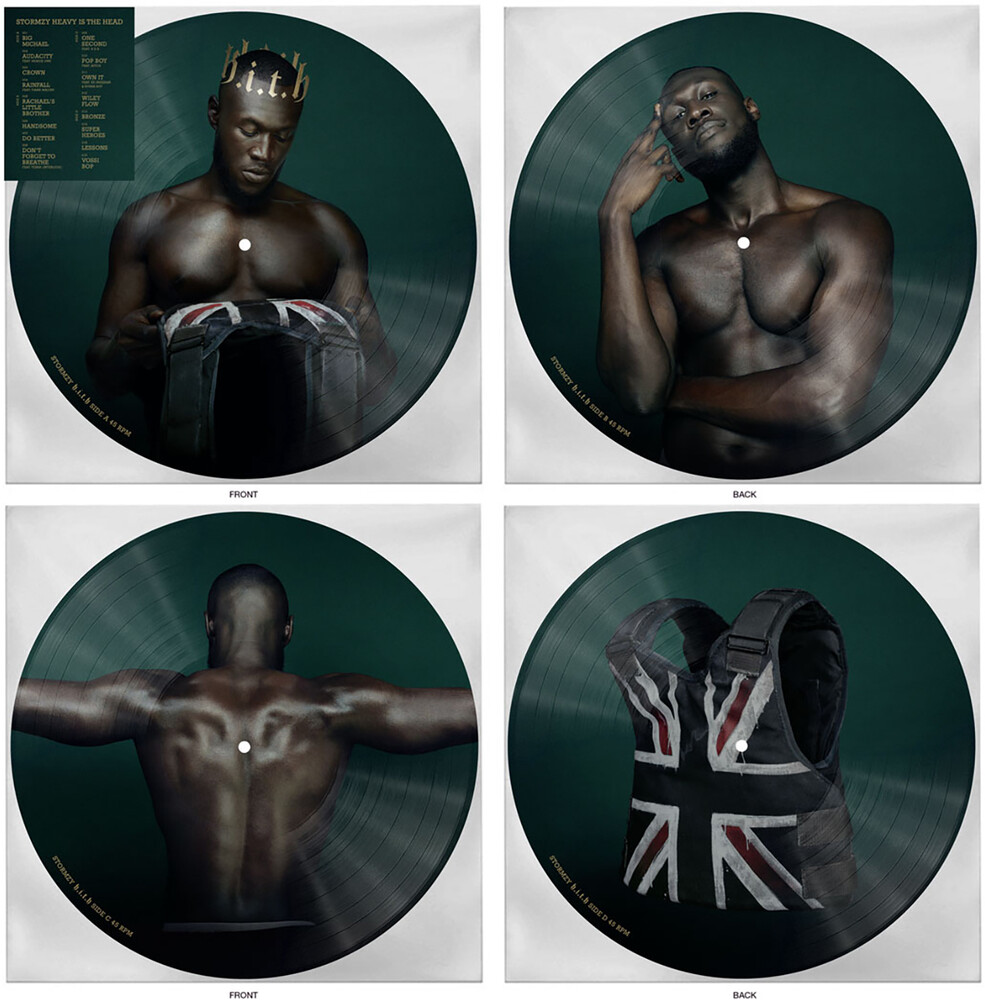 Double picture disc vinyl LP pressing. British musician Stormzy has today unveiled his hugely anticipated new album, 'Heavy Is The Head' which is now available on 2LP Picture Disc. The album marks a hugely exciting return for the multi award-winning phenomenon and is a record which has been executively produced entirely by the musician himself; showcasing his world class lyricism and musicality alongside many of his celebrated and relatable subject matters. The album features additional vocals from some of the most exciting musicians of this generation - all of whom have been hand-picked by Stormzy including Ed Sheeran, H.E.R., Burna Boy, YEBBA, Aitch, Headie One, and Tiana Major9 with production from Fred Gibson, Fraser T Smith, T-Minus and others.