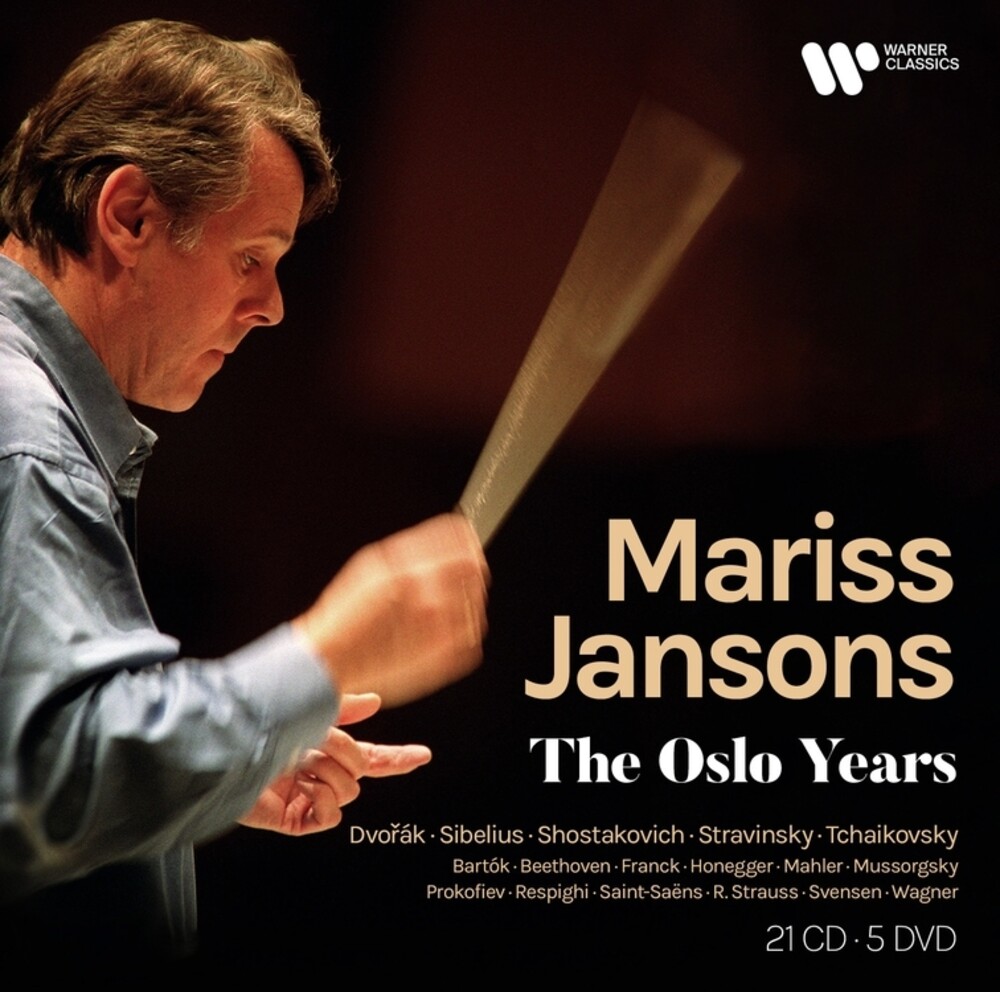 Limited 26 disc (21 CD + 5 DVD) edition. Over Mariss Jansons' long tenure as Music Director of the Oslo Philharmonic, from 1979 to 2002, the Latvian-born conductor rose to global pre-eminence and the Norwegian orchestra cemented it's international reputation. Trained in St Petersburg, and mentored by Yevgeny Mravinsky and Herbert von Karajan, Jansons took up his position in Oslo at the age of 36. "The artistic leader is responsible for the quality of the orchestra," he said, "He must think of the orchestra constantly". He praised the Oslo Philharmonic for it's "identity and unique sound" and "exceptionally strong work ethic and discipline... without a trace of arrogance, superficiality or routine thought". The 21CD set comprises all the Warner Classics recordings they made together and reflects Jansons' special mastery of music of the later Romantic era and the 20th century. Entirely new to the catalogue are 5 DVDs of concerts originally broadcast on Norwegian television and offering works by Sibelius, Mahler, Stravinsky, Tchaikovsky, Beethoven, Strauss and Franck.