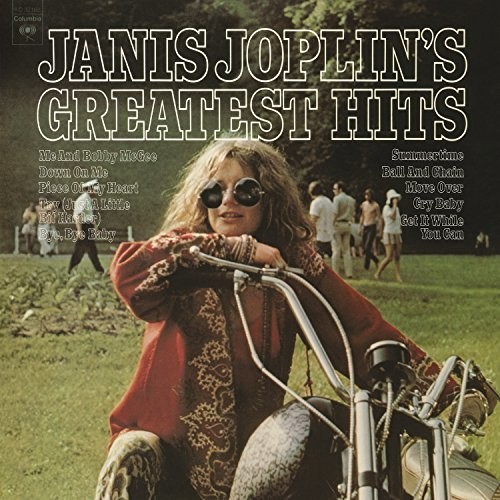 Vinyl LP pressing including digital download. Janis Joplin's Greatest Hits is a 1973 collection of hit songs by legendary rock vocalist Janis Joplin, who died in 1970. Janis Joplin remains one of the most successful and widely-known female rock stars of her era. After releasing three albums, she died of a heroin overdose at the age of 27. Joplin, highly respected for her charismatic performing ability, was posthumously inducted into the Rock and Roll Hall of Fame in 1995. Audiences and critics alike referred to her stage presence as "electric". Rolling Stone ranked Joplin #46 on it's 2004 list of the 100 Greatest Artists of All Time and #28 on it's 2008 list of 100 Greatest Singers of All Time. She remains one of the top-selling musicians in the United States, with Recording Industry Association of America certifications of 15.5 million albums sold.