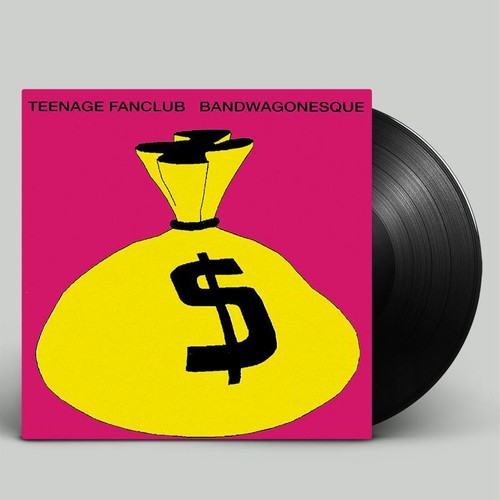 Limited 180gm vinyl LP pressing + seven inch single. The album has been remastered from the original tapes at Abbey Road Studios, London under the guidance of the band, and is packaged in a faithful re-production of the original vinyl artwork. The band has selected rarities to include on a 7" with the album. 1991 was a year of bona fide classic albums: Nirvana - Nevermind; My Bloody Valentine - Loveless; U2 - Achtung Baby; REM - Out Of Time; Primal Scream - Screamadelica, to name but a few. Sitting more than comfortable alongside all of these is Bandwagonesque, one of Teenage Fanclub's defining albums. Hugely influential (Death Cab For Cutie's Ben Gibbard released his cover of the entire album in 2017) and with an unforgettable sleeve, a cartoon money bag in punky pink and yellow (which Gene Simmonds is rumored to have sued the band's US label over for copyright infringement) the album continues to be a firm favorite of fans, critics and artists alike.