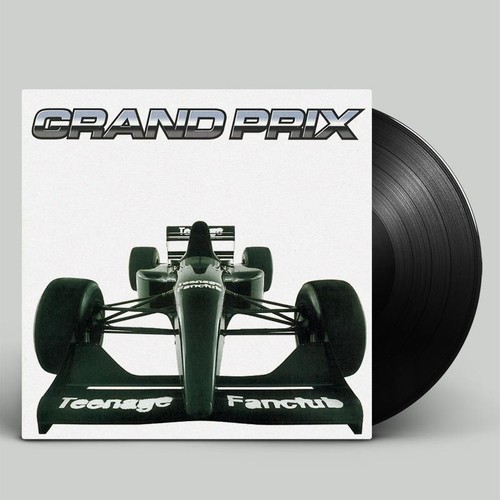 Limited 180gm vinyl LP pressing + seven inch single. The album has been remastered from the original tapes at Abbey Road Studios, London under the guidance of the band, and is packaged in a faithful re-production of the original vinyl artwork. The band has selected rarities to include on a 7" with the album. Arguably the definitive Teenage Fanclub album and their most critically and commercially successful album. For many this album surpasses the genius of Bandwagonesque, something not many thought possible. The record firmly establishes the band's sound and their individual songwriting ability hits rarefied heights - Love's 'Sparky's Dream', Blake's 'Mellow Doubt' and McGinley's 'Verisimilitude', each a colossus in the Fanclub canon. Grand Prix is the sound of a band of considerable individual talent, and yet one that is greater than the sum of it's parts, at their peak. The album has appeared in the Greatest British Albums Ever lists in Q magazine and the Observer Music Monthly and the 1,001 Albums To Hear Before You Die book.