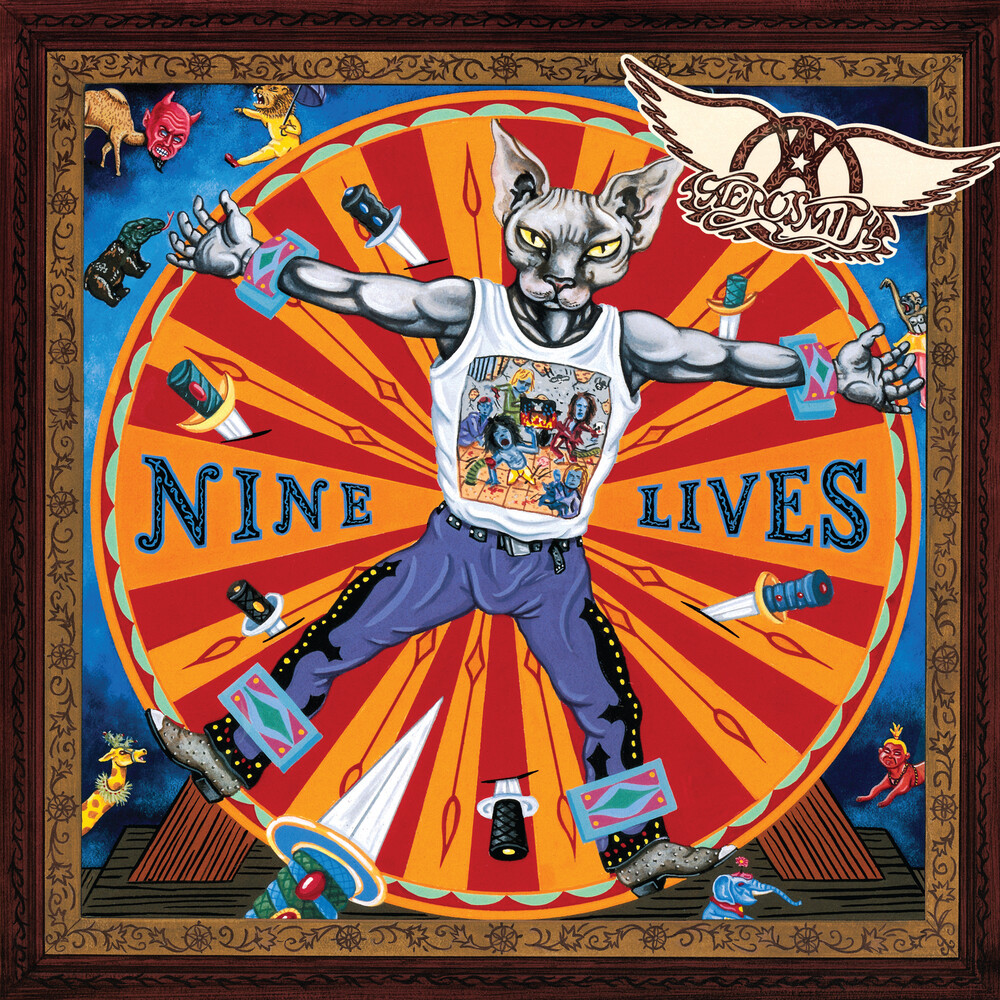 Double vinyl LP pressing. Nine Lives is the twelfth studio album by Aerosmith. It was originally released March 18, 1997. The album was produced by Aerosmith and Kevin Shirley, and was the band's first studio album released by Columbia Records since 1982's Rock in a Hard Place. One of the album's singles, "Pink", won a Grammy Award for Best Rock Performance by a Duo or Group with Vocal.