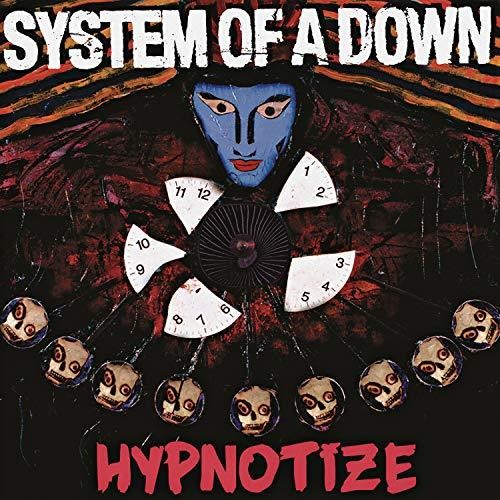 Double vinyl LP pressing. Hypnotize is the fifth studio album by Armenian American heavy metal band System of a Down. It was released on November 22, 2005, six months after the release of it's companion album Mezmerize. Mezmerize and Hypnotize both debuted at number #1 on the Billboard 200 albums chart, making the band one of the few to achieve this with two albums in the same year. Hypnotize was System of a Down's last studio album before their four-year hiatus from August 2006 to November 2010 and is still their most recent album. System of a Down is from Glendale, California, formed in 1994. The band achieved commercial success with the release of five studio albums, three of which debuted at #1 on the Billboard 200. System of a Down has been nominated for four Grammy Awards.