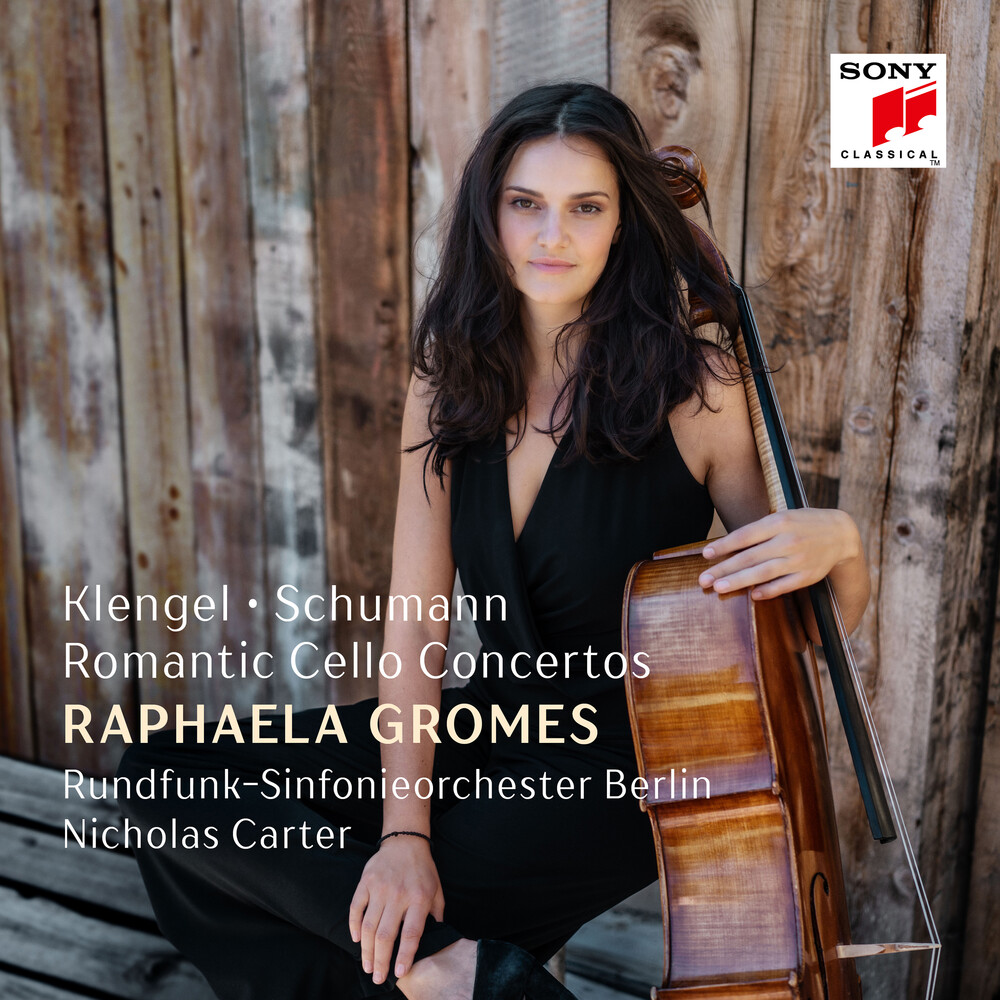 Raphaela Gromes has long been celebrated for her highly virtuoso, brilliant and passionately expressive cello playing. What also distinguishes this exceptional musician is her enjoyment of the musical treasure hunt. With her last Sony Classical release, she delighted audiences with the world premiere recording of the original version of the cello sonata by Richard Strauss. On her new album, Gromes surprises again with a world premiere recording of the Cello Concerto by Julius Klengel, who was already acclaimed as a new wonder cellist in his early years throughout Europe. The previously unpublished manuscript of this concerto has now been specially arranged for Gromes which she recorded together with the Rundfunk-Sinfonieorchester Berlin conducted by Nicholas Carter. Raphaela's album also features the famous cello concerto by Robert Schumann, a Romance for cello and orchestra by Richard Strauss and duo pieces by Clara Schumann, Robert Schumann and Brahms. For the duo pieces, Raphaela is accompanied by her long-time piano partner Julian Riem. Robert Schumann's "Widmung" is taken from the song cycle "Myrthen". The "Romance" by Clara Schumann is originally the middle movement of her first piano concerto. And Brahms' Hungarian Dance No. 5 is arranged by the famous cellist Alfredo Piatti