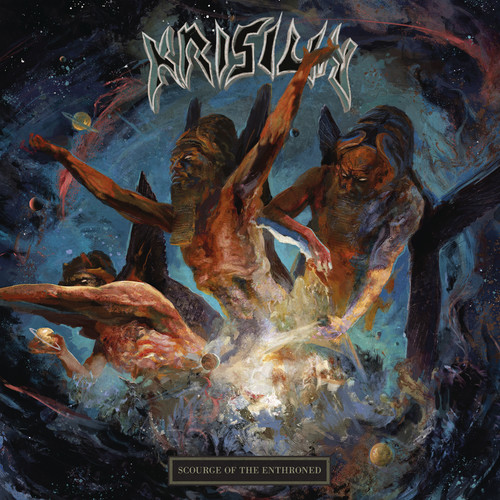 Limited silver vinyl LP pressing including bonus CD edition. 2018 release, the 11th studio album from Brazilian death metal band Krisiun. The album was recorded at Stage One Studio (Belphegor, Legion Of The Damned) in Germany with producer Andy Classen, who previously worked with the band on Conquerors Of Armageddon, Southern Storm and The Great Execution releases. For Scourge of the Enthroned, the group decided to head for a faster and extremely savage record again. In terms of sound, however, the band did not bring back the uncontrolled roughness of Black Force Domain yet had a distinct mindset when starting the recording process: "We interpret the album title as us being a scourge for all the plastic death metal out there. You are listening to human beings here not a computer! All has been recorded and played naturally, and while you can hear all details, it does not go for this 'American' sound that is so lifeless and sterile. It is a very organic and heavy album and I think that connects it with the spirit we already had on the debut."