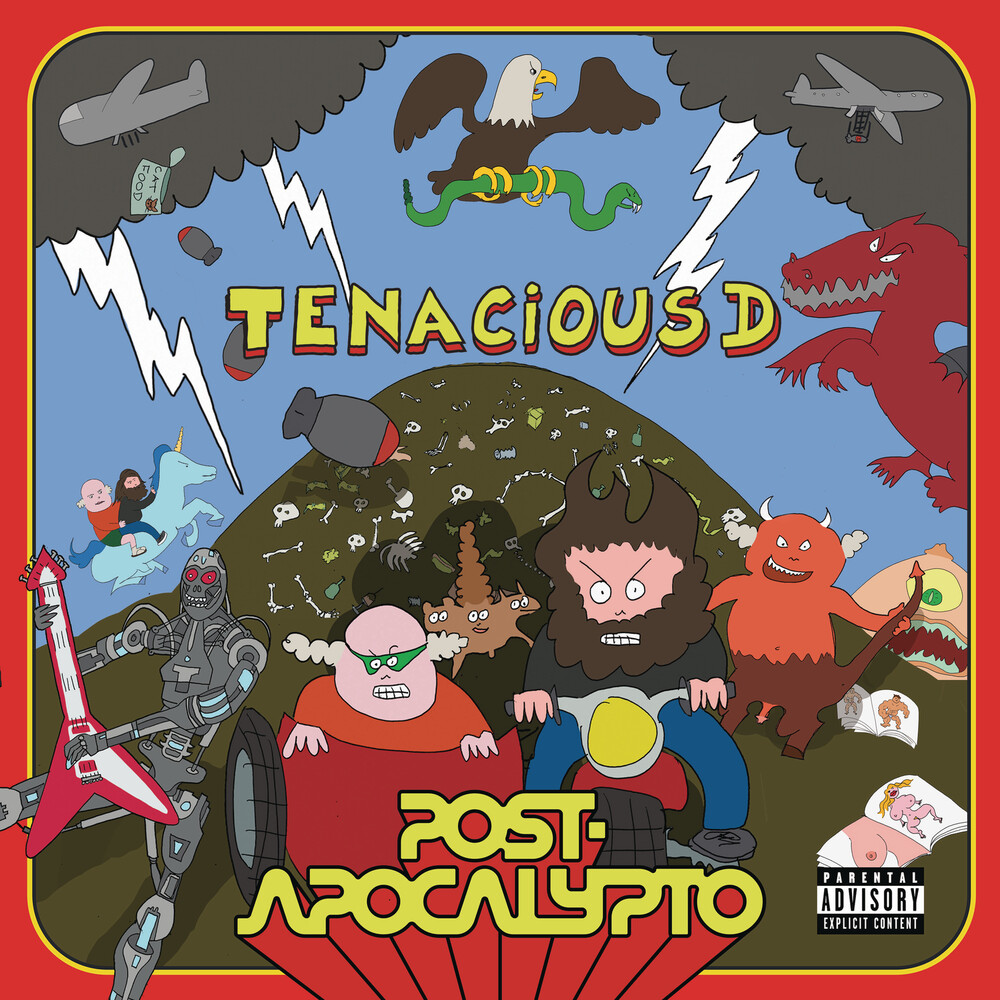 Picture disc pressing. Post-Apocalypto is an original, six-part animated video series from the minds of rock duo Tenacious D, comprised of Jack Black and Kyle Gass. Each frame of every episode was hand-drawn by Jack himself, with every character voiced by Black and Gass, and can be watched via Tenacious D's YouTube page. True to the title, Post-Apocalypto finds Tenacious D thrust into a world of complete and utter destruction following the drop of an atomic bomb. Surviving the attack in classic cinematic fashion (a good old imperishable 1950's refrigerator), the duo quickly learns that new forms of evil have spawned from the blast. One thing becomes apparent - for humanity to prevail, Tenacious D must save the world. All six episodes feature new Tenacious D songs, culminating in this new 21-track album of the same name.