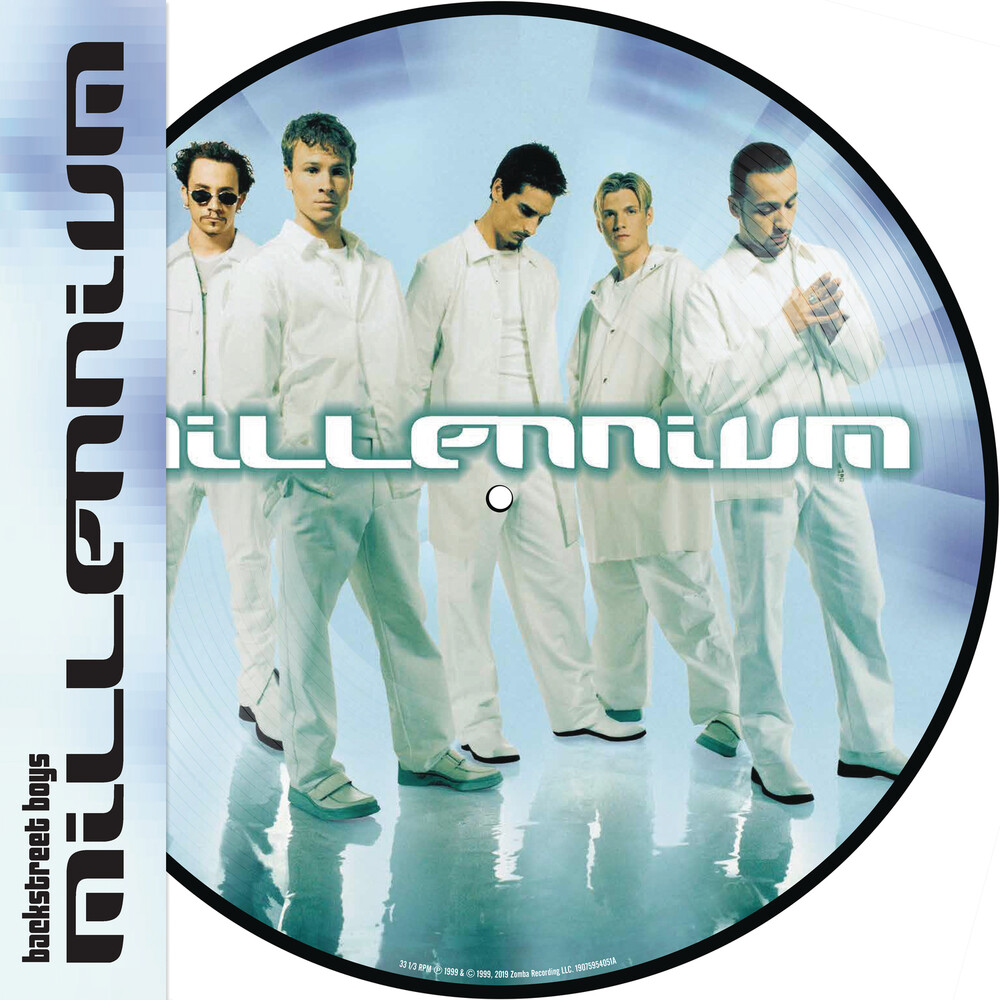 Limited vinyl picture disc pressing. Celebrate 20 years of Backstreet Boys' Millennium with a limited edition picture disc of the group's bestselling album it's first appearance on vinyl! BSB earned superstar status with Millennium thanks to the international Top 10 smashes I Want It That Way, "Larger Than Life," "Show Me The Meaning Of Being Lonely" and "The One". The album has sold more than 30 million copies worldwide and received five Grammy Award nominations, including Record, Album and Song of the Year.