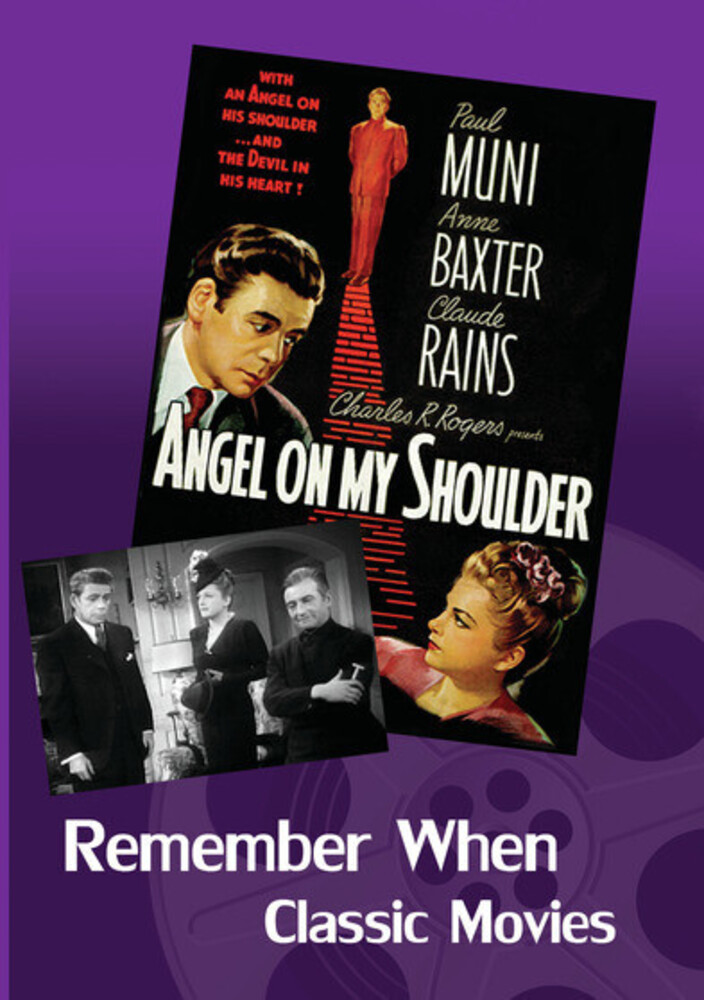 Angel on My Shoulder is a 1946 American fantasy film, starring Paul Muni, Anne Baxter and Claude Rains. The producer changed the original title, Me and Satan, when he concluded that the public would not want to view a film about the Devil. Eddie Kagle is a gangster released from prison after killing his partner in crime, Smiley Williams (Hardie Albright). Kagle ends up in Hell, but accepts an offer from 'Nick', (Claude Rains), who looks exactly like Judge Frederick Parker (Paul Muni). 'Nick' wants to destroy Parker's reputation and Kagle agrees to have his soul transferred into Parker's body. Kagle is intent on ruining Judge Parker's reputation, but everything he does only makes Judge Parker look better. Eventually, Kagle falls in love with the the judge's fiancee, Barbara Foster (Anne Baxter), causing Kagle to question his outlook on life and he eventually rebels against 'Nick'. 'Nick' gives Kagle a second chance with an opportunity to shoot Williams, but shocked and frightened, Williams falls out of an open window to his death. Exasperated and defeated, 'Nick' takes Kagle back to Hell, but all is not lost for Kagle. This is a thriller of a movie and one you'll not soon forget!