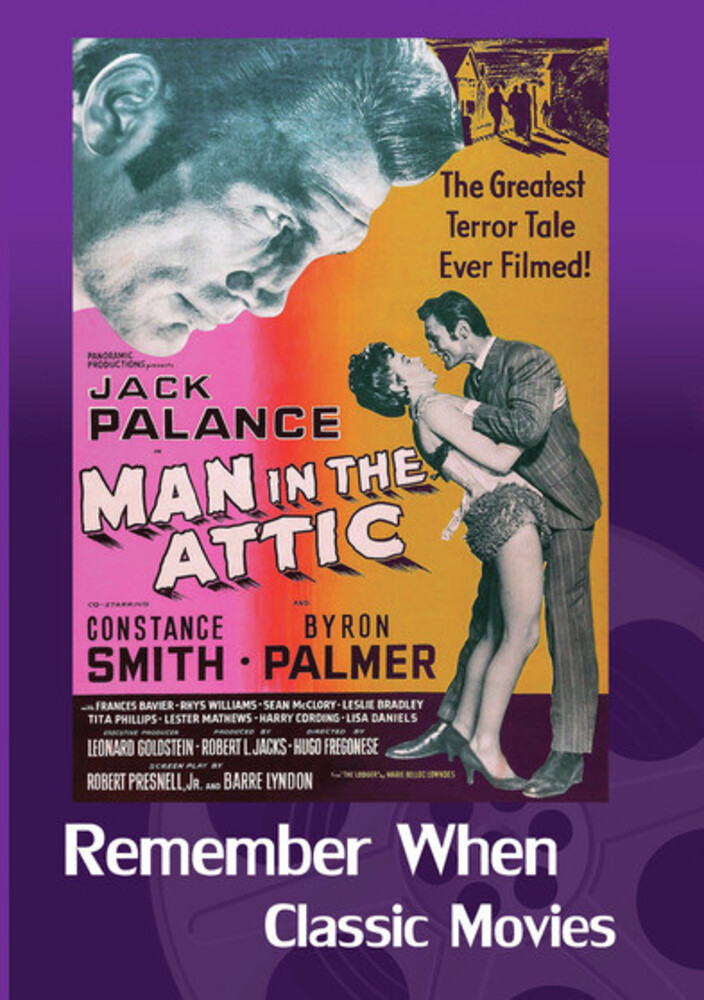 Man in the Attic is a 1953 mystery film. The movie is based on the 1913 novel The Lodger by Marie Belloc Lowndes, which fictionalizes the Jack the Ripper killings, and was previously filmed by Alfred Hitchcock in 1927. The story takes place in London in 1888. On the third night of the Jack the Ripper killings, a man rents out an attic from an older couple in need of extra income. The man (Jack Palance), a research pathologist, begins working on his experiments in the rooms. Helen Harley, (Frances Bavier), the landlady becomes suspicious of the man, especially when her niece Lily Bonner (Constance Smith), shows an interest in the lodger. Jack the Ripper's rampage has all of London gripped in fear - no matter how many constables patrol the streets, streetwalkers continue to turn up dead. On the night that a fourth woman is killed, the mysterious Slade (Jack Palance) rents an attic room from an elderly couple. Later, Slade meets their niece, Lily Bonner (Constance Smith), an actress. While Slade intrigues her, his behavior and obsessions arouse the suspicion that Slade could be Jack the Ripper, and Lily could be his next victim. This is an exquisite mystery classic with a superb performance from Jack Palance as the possible and infamous Jack the Ripper.