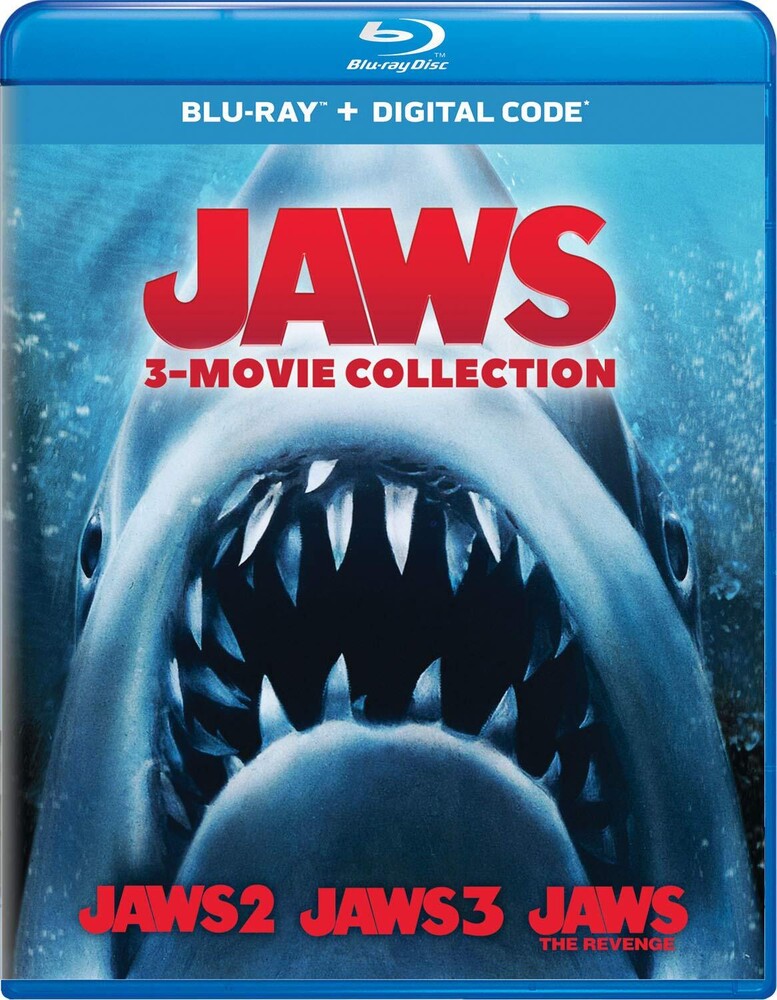 Three-disc set includes: Jaws 2 (1978)Just when you thought it was safe to turn on your DVD player... there's another shark off the shores of Amity. And once again, it's up to police chief Martin Brody (Roy Scheider) to stop it before it turns the island's entire population into one big meal. Pulse-pounding sequel also stars Lorraine Gary, Murray Hamilton, Joe Mascolo. 117 min. C/Rtg: PG Jaws 3 (1983)Like many travellers, man-eating sharks occasionally vacation in Florida, and the result is terror at SeaWorld, in the third chapter in the horror series. When a baby great white dies while being featured as one of the park's exhibits, it incurs the wrath of it's mother, a 35-foot-long shark with a voracious appetite that can only be satiated by unsuspecting tourists. Dennis Quaid, Bess Armstrong, Simon MacCorkindale, Lea Thompson, John Putch, and Louis Gossett, Jr. Star. Not in 3D. 99 min. C/Rtg: PG Jaws The Revenge (1987)Final entry of the cartilaginous carnivore tetralogy stars Lorraine Gary as Police Chief Brody's widow, Ellen. This time, Ellen travels to the Bahamas where she embarks on a personal mission of vengeance, determined to kill the great white shark that has staked out the Brody family as it's very own smorgasbord. Joined by marine biologist son Michael (Lance Guest) and local pilot Hoagie (Michael Caine), can she put an end to the terror for good? Mario Van Peebles also stars. 91 min. C/Rtg: PG-13