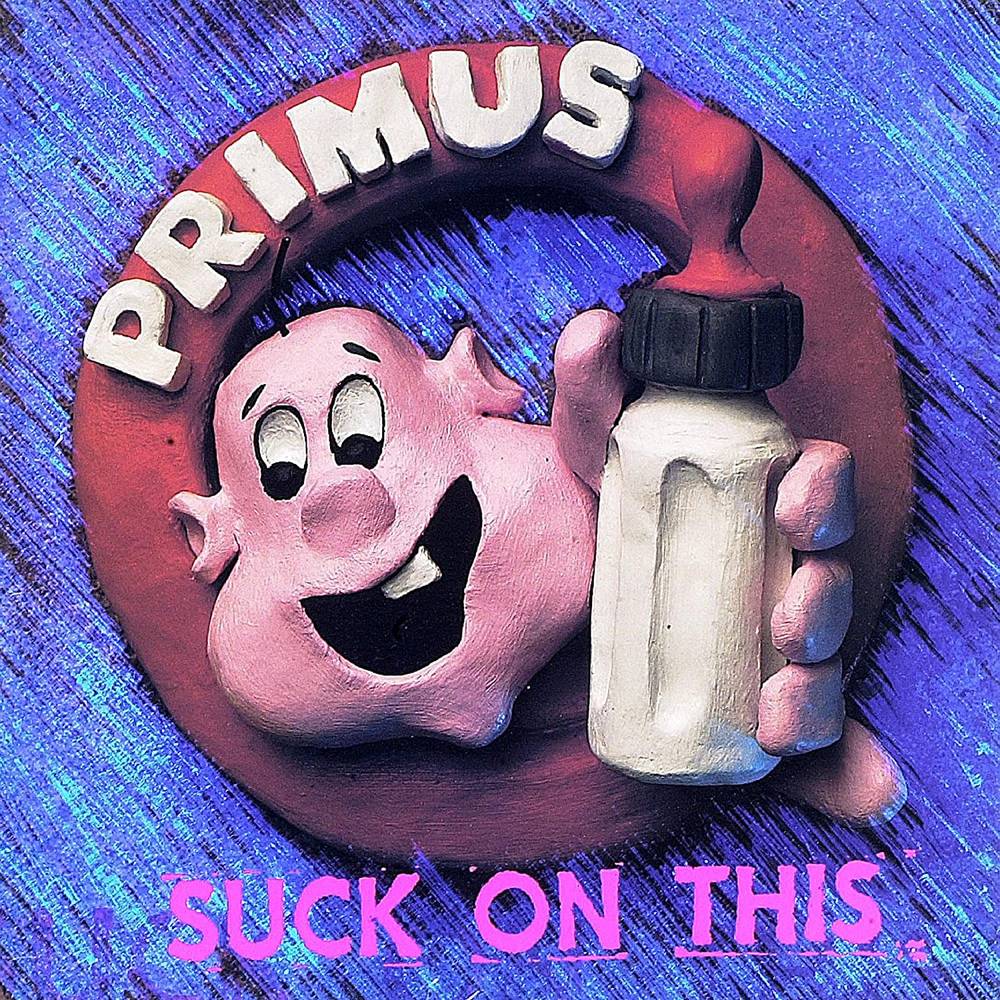 Suck On This - Primus - Suck on This is the debut album by the band Primus, originally released in 1989. At the time of recording, the featured lineup of bassist/vocalist Les Claypool, guitarist Larry LaLonde and drummer Tim Alexander had only been playing together for "about two months".