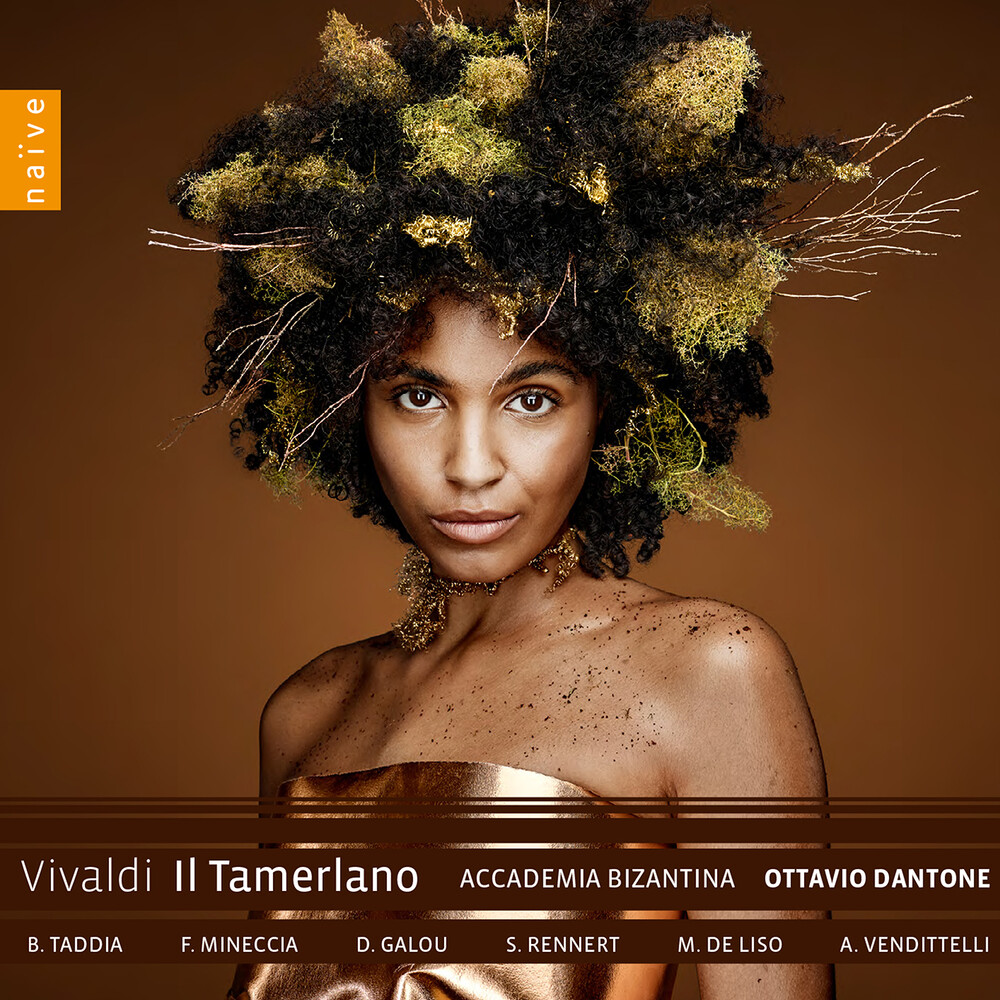 Thanks to this tenth recording by Accademia Bizantina in the central core of the Vivaldi Edition, Il Tamerlano can now take it's justly earned place in the Vivaldi catalogue, helping to renew the name and reputation of Timur, the Tartar emperor whose memory was later overshadowed by the Ottoman sultan. Vivaldi's opera was first performed during the Venice Carnival of 1735, and resurrected in 2005 under the title Bajazet. Here, under the musical direction of Ottavio Dantone, we have a sextet of dramatically engaged virtuoso soloists, and an orchestra that is perfectly aware of Vivaldi's musical dialectic. All the soloists are superbly well equipped to deal with the Red Priest's acrobatic and inventive writing - here seen in the context of several of his contemporaries. To meet the wishes of the Accademia Filarmonica that gave him the commission, Vivaldi chose to set a libretto by Agostino Piovene, who was famed throughout Italy, and the composer decided on the form of the pasticcio, enabling him to profile his principal singers by bringing in arias from his own works, also from operas by other composers such as Giacomelli, Farinelli's brother Broschi, and Hasse. Bernardo Ticci's edition used in this recording also inserts five further insertion arias that were definitely sung at the 1735 performance, but are absent from the score. In spite of the composite nature of the work, Il Tamerlano is an accomplished musical drama presenting a wide palette of emotions and colours inspired by elements of love and war. Particularly moving is Irene's famous aria of despair 'Sposa son disprezzata' from Act II of Giacomelli's opera, sung here by Sophie Rennert, also Timur's impassioned 'Dov'Ă¨ la figlia?', and 'Barbaro traditor', Bajazet's Act III aria by Broschi, sung here by Filippo Mineccia in the role of Bajazet.