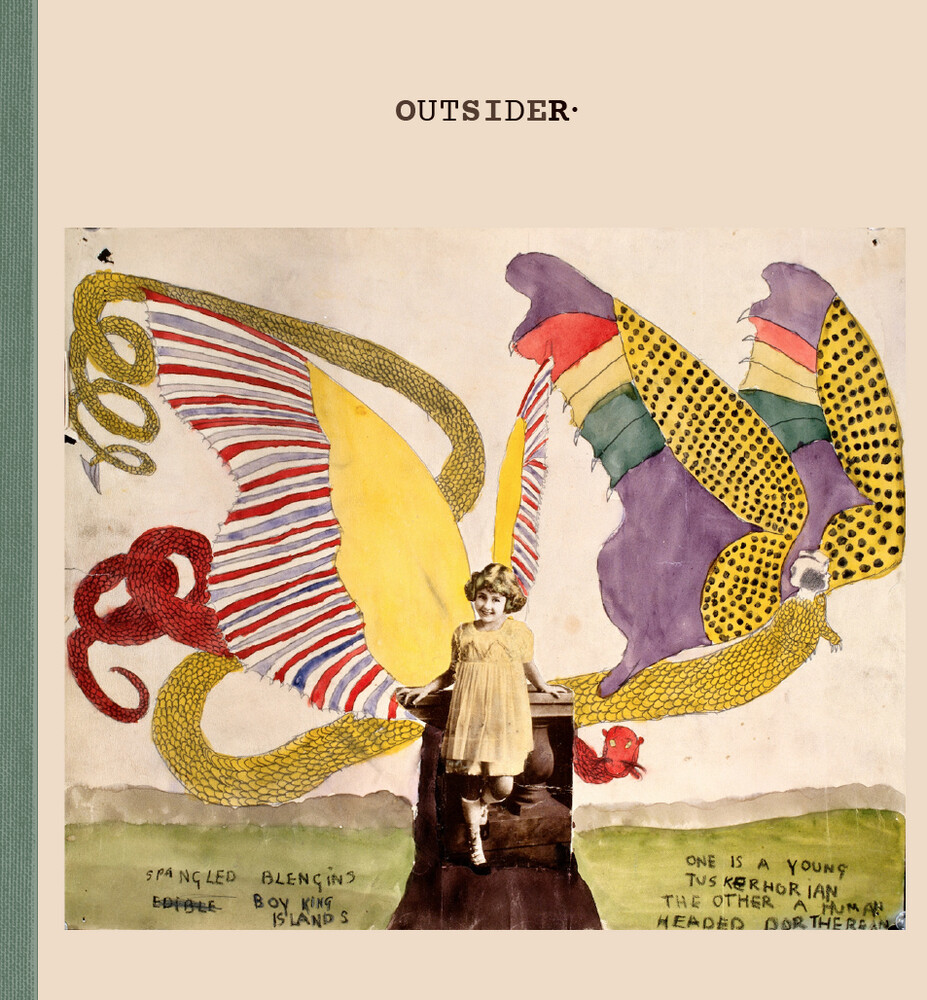 Philippe Cohen Solal and Mike Lindsay will release OUTSIDER, an album of ten astonishing pop songs, inspired by America's most celebrated Outsider artist Henry Darger, whose lyrics written over 50 years ago, have been set to music for the first time and brought into the present day. While Darger's artwork has been lovingly and faithfully reproduced across all the OUTSIDER visual assets. OUTSIDER is the brainchild of Philippe Cohen Solal, the million-selling artist, producer and composer behind Gotan Project, who has been given exclusive, unprecedented access to Henry Darger's life and works. He has brought together the Mercury Prize winning producer Mike Lindsay of acid folk group Tunng, to co-write and co-produce the album, bringing in the acclaimed Hannah Peel (The Magnetic North, Game Of Thrones) for the brass and strings instrumentation and backing vocals depicting Darger's child characters the Vivian girls, and Adam Glover for the lush, crooning lead vocals, that reflect the inner voice of Darger himself through the original lyrics. The lush instrumentation and vocals that is, at times theatrical, nostalgic, magical and innocent, combine with Darger's lyrics and storytelling to spirit the listener away into panoramic sonic vistas. Solal and Lindsay have brought together their towering musical talents to create rolling emotional strings, anthemic horns and soaring string symphonies, adding melodies via vintage guitars, synths and children's instruments. Inspired by Darger's inner world, Solal and Lindsay have created a new musical dimension, taking us on a journey into Darger's imagination, the 'Realms of the Unreal'. Philippe Cohen Solal said "I first came across Henry Darger's work in 2003, and it has stayed with me ever since. I feel I know Darger, so many years I've been reading his books and living with his work and words. I feel connected because of the kind of child he was. He had a terrible childhood, really traumatising. When I was a child, I thought I was crazy. I really did. Everybody thought he was crazy, for real. The outside world was pretty mean to Darger when he was young and I relate it to what is happening to the world now. Outsider has been five years in the making and it's been a real labour of love. I'm so excited to work with Mike, Hannah and Adam to finally share the magic of Darger in musical form with the world." Mike Lindsay said "The music we created for OUTSIDER sounds like a very twisted long forgotten musical, with an evil twist and a very innocent blanket wrapped around it. I don't know where it fits into contemporary music but it's classic, it's beautiful and it's experimental." Hannah Peel said "You'd think the way he was writing, he'd gone to Woodstock and taken loads of drugs and then gone to church to cleanse his soul. He was a janitor but it's like he had about ten different past lives, and ten future lives