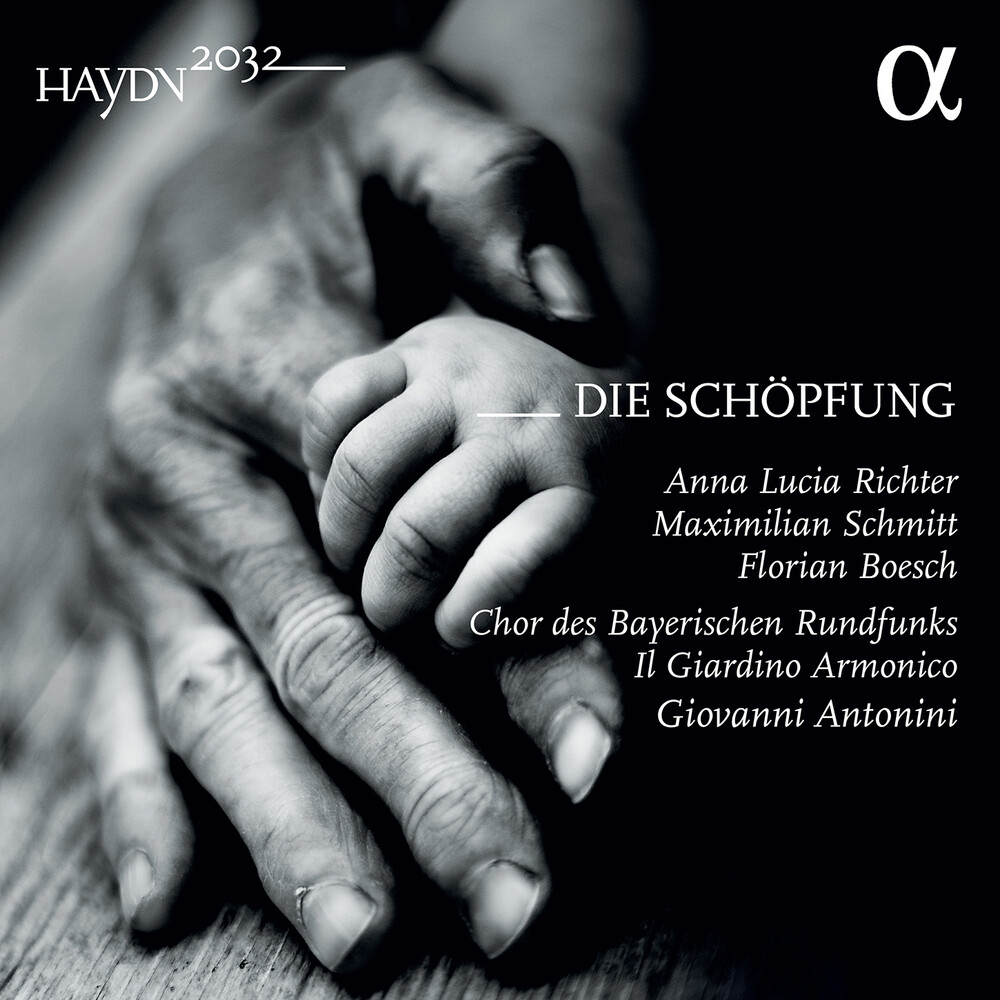 Giovanni Antonini has been recording the complete symphonies of Joseph Haydn with the Alpha label for more than five years. Now the series is enriched by another monument by the Austrian composer: Die Schöpfung (The Creation), recorded in 2019 with the Bavarian Radio Chorus and his own orchestra, Il Giardino Armonico. This great oratorio was inspired by those of Handel, which Haydn heard performed by very large forces during his visits to England. The Creation, composed between September 1796 and April 1798, demanded such a colossal effort of him that he even fell ill just after it's first performance; but the work enjoyed immense success. The marriage between the Bavarian chorus, so familiar with this masterpiece, and the period-instrument musicians of Il Giardino Armonico works perfectly, with a vocal trio composed of leading soloists: Anna Lucia Richter, Maximilian Schmitt and Florian Boesch.