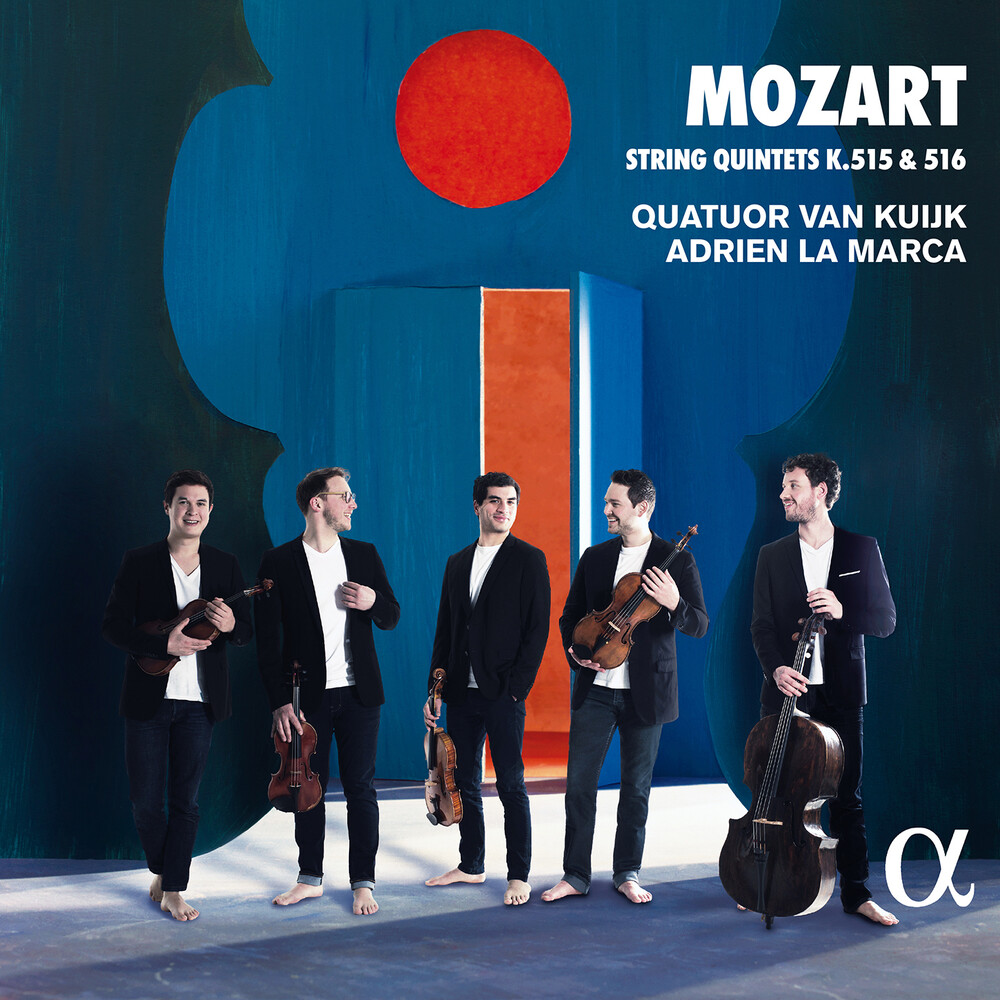 As in it's Schubert recording in 2018, the Quatuor van Kuijk likes to delve into a composer's youthful output and then measure his evolution by confronting it with his mature works. Hence, after recording two of Mozart's early string quartets in 2016, the French group, here joined by violist Adrien La Marca, voted 'Revelation' at the Victoires de la Musique Classique in 2014, now offers the String Quintets K515 and K516. These two large-scale works dominate Mozart's instrumental output in the year 1787, which ended with the premiere of Don Giovanni. They show us a composer at the height of his creative powers, in a genre to which he had not returned for fourteen years and which he here brought to a high degree of formal perfection.