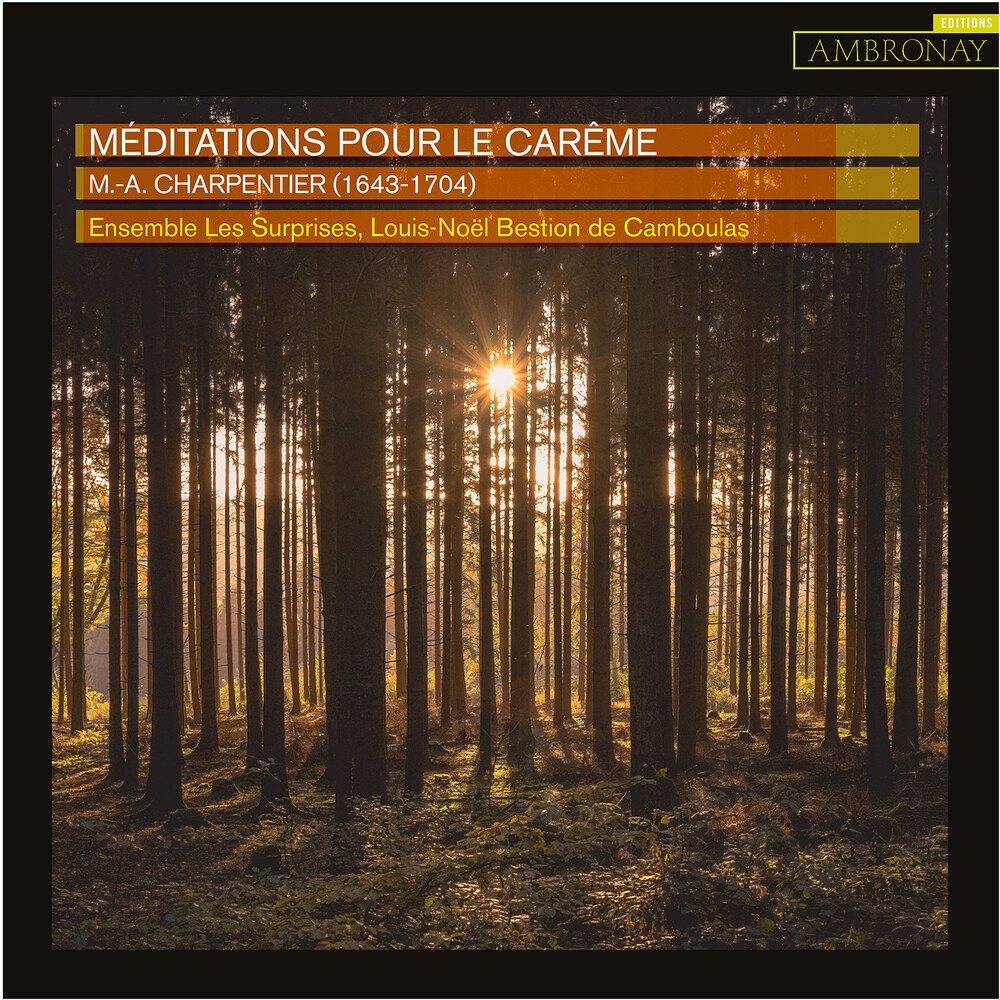 Passionate advocates of French music, Louis-NoĂ«l Bestion de Camboulas and Les Surprises tackle it's intimate and spiritual side with M.-A. Charpentier and S. de Brossard. They share their vision of the Meditations for Lent, a masterpiece for three male voices and basso continuo. Founded in 2010 by Juliette Guignard and Louis-NoĂ«l Bestion de Camboulas, the ensemble Les Surprises seeks to convey it's passion for the music of the 17th and 18th centuries through varied and original programmes. In borrowing it's name from the opĂ©ra-ballet by Jean-Philippe Rameau Les Surprises de l'Amour, the group has placed it's destiny under the lucky star of this composer, with the aim of exploring operatic music in all it's shapes and forms. The work of the ensemble is anchored in a process of musicological and historical research, indeed Louis-NoĂ«l Bestion de Camboulas wishes to highlight scores that have never been released since the 18th century, thanks to music libraries such as BibliothĂ¨que Nationale de France (BNF) or BibliothĂ¨que de l'OpĂ©ra de Paris.