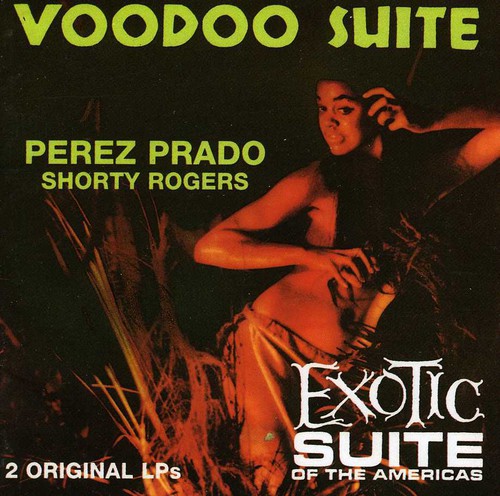 By 1954, the Mambo craze Prado sparked entitled him to the luxury of a serious project, namely his four-part Voodoo Suite, which called on the talents of such Hollywood jazz session greats as trumpeters Maynard Ferguson, Shorty Rogers, and drummer Eddie Gomez. Eight years later, Prado recorded his seven-part Exotic Suite Of The Americas with a full orchestra and many of New York's jazz session elite (including Doc Severinson). Aside from the two lengthy suites here, the dozen other 1954-62 selections range from Latinized big band standards (In The Mood) to brassy tunes with a hint of rock 'n roll (Son Of A Gun) and even a tribute to the era's First Lady (and daughter), Jacqueline And Caroline.
back to top