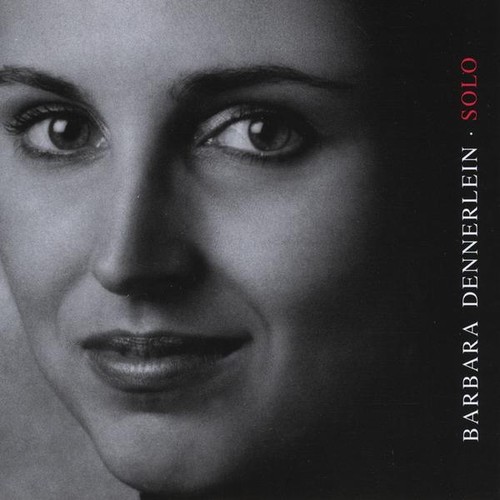 Her CDs have won numerous awards, including the German Record Critics Award. Barbara Dennerlein belongs to the small circle of German artists of international repute. On her recordings and in her concerts, she stands out as a member of a new generation of jazz musicians, and is regarded by her peers and her audiences alike as one of the leading representatives of her instrument, the legendary Hammond B3. It is an awe-inspiring experience to watch Barbara live on stage. As the most important and most successful German jazz export, she is familiar with large international festival stages and intimate clubs alike. Barbara is one of the few musicians who can make the connection between different styles and audiences, building bridges between the musical past and present. She is just as familiar with the grooves of youth culture as with the listening experiences of a generation that grew up with the Hammond organ boom of the fifties. Swing, bebop, blues, soul, latin and funk - for Barbara there are no rigid boundaries, only fluid transitions. Audiences are captivated by her talent, her absolute mastery of the instrument, her taste, and not least, her warm personality. The B3, it would seem, is a seamless extension of herself. She understands better than anyone how to exploit her instrument to the full, creating a sound and a musical style that is unmistakably "Barbara Dennerlein". Her brilliant technique has breathed new life into the venerable Hammond organ, an instrument long neglected in modern jazz. She can rightfully claim to have paved the way for the organ's current renaissance in jazz. To take the B3 beyond it's traditional sound, Barbara combines her instrument with samplers and synthesizers using MIDI technology, which provides her with even more orchestral sounds. However, she never drifts off into some abstract musical science fiction but remains down-to-earth and groove-oriented. Despite her virtuosity, what matters to her most is intensity and communication with her musicians and her audience. Expressive ballads suit her just as well as high-speed escapades over the keys, or funky grooves. What's more, this energetic improviser also has made a name for herself with her own unmistakable compositions. If there is one thing that sets Barbara apart from all other Hammond B3 artists, it is her stunning bass pedal work that has to be seen to be able to believe. Listeners have often assumed that a bassist is accompanying her, but in reality those complex bass lines are Barbara's blindingly fast left foot. No one has even come close to matching her stunning bass pedal work! 'The bass pedals are absolutely crucial to my way of playing the Hammond', says Barbara. 'They enable me to develop a very special rhythmic structure which cannot easily be imitated by a bass player, because together with the two manuals I have a kind of rhythmic triptych at my disposal'. Read Barbara's comments as written in the CD booklet: "Frequently, after concerts fans asked me for a solo recording. Finally it's here: A collection of solo concerts which I performed the last few months. A real live-records without any overdubs or studio tricks. So the music sounds just the way I played it for my audience. With this special live-atmosphere, evoked only by an involving and stimulating relationship between the performer and the audience. That's why I dedicate this album to all my true musical friends and to all the enthusiasts of the unique sound of the Hammond organ. A sound, which I combine with modern MIDI-technique to break up tradition and move into new musical dimensions with this classic and yet so incomparable instrument. I'm sure, all my fans will love this solo-album. And I am positive to find a lot of new friends for my kind of organ-jazz. So enjoy the music - till next time: live on stage!" Barbara Denn.
This website uses cookies to personalize content and analyse traffic in order to offer you a better experience.
I accept Learn More
back to top