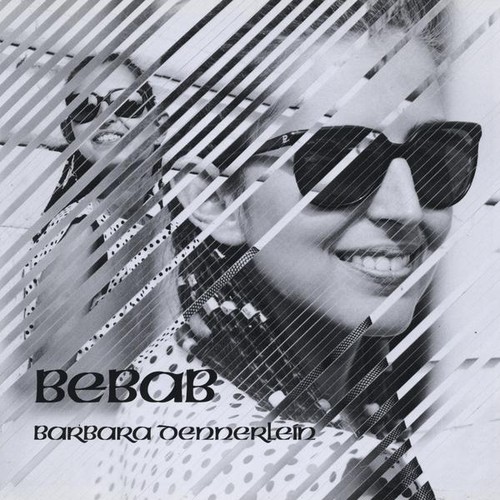 Barbara Dennerlein is at her best connecting with her audiences at live performances, but this live CD "Bebab" is unique. Not only was it recorded live at the Allotria Jazzclub in Munich, it presents the "Barbara Dennerlein Quintet"... The rare treat of hearing Barbara in a larger musical format. In fact, many might say that, given Barbara's amazing bass pedal work, it might be more correctly named a sextet. Recorded in the summer of 1985 when she was still only 20, and released as an LP to the German market, "Bebab" was a huge hit in Germany. It created quite a sensation by winning the prestigious 1985 German Record Critics Award. This was the first time that such a young musician had won the prize. Yet, "Bebab" was already Barbara's third album, and the second released on her own label of the same name. The name "Bebab" results when "Barbara" and "Bebop" collide, and this CD serves up plenty of high energy bebop numbers. The majority are Dennerlein compositions including a tribute to her idol Charlie Parker, "Tribute to Charlie", but fittingly, there's also Parker's own "Au Privave". But there's more. Barbara pulls out all the stops with "Stormy Weather Blues", a blues number she wrote that really cooks. So what does a pretty young German girl know about the blues? Well, just listen! In contrast, the evocative "Toscanian Sunset" (also a Dennerlein composition) sets a more introspective mood. "Bebab" offers a rare opportunity to hear Barbara in a larger quintet format, and introduces to a wider audience some of the most prominent members of the 1980s Munich jazz scene: Alan Praskin (alto), Jürgen Seefelder (tenor), Hermann Breuer (trombone) and Joe Nay (drums). Together with Barbara and her smokin' B3, this three-horn quintet really swings. This album represents a turning point in the musical career of this young organ virtuoso who, having just gained national fame with this award-winning album, was soon to go on to much greater recognition on the international stage. Later CDs gained Barbara international acclaim as the First Lady of the B3, but with this release of Bebab on CD, North American Hammond fans can now hear where the revival of the nearly forgotten Hammond B3 all started. (by Robert Wilson) musicians: Barbara Dennerlein Hammond organ & footpedal bass Alan Praskin alto sax Jürgen Seefelder ten sax Hermann Breuer tb Joe Nay dr.
This website uses cookies to personalize content and analyse traffic in order to offer you a better experience.
I accept Learn More
back to top