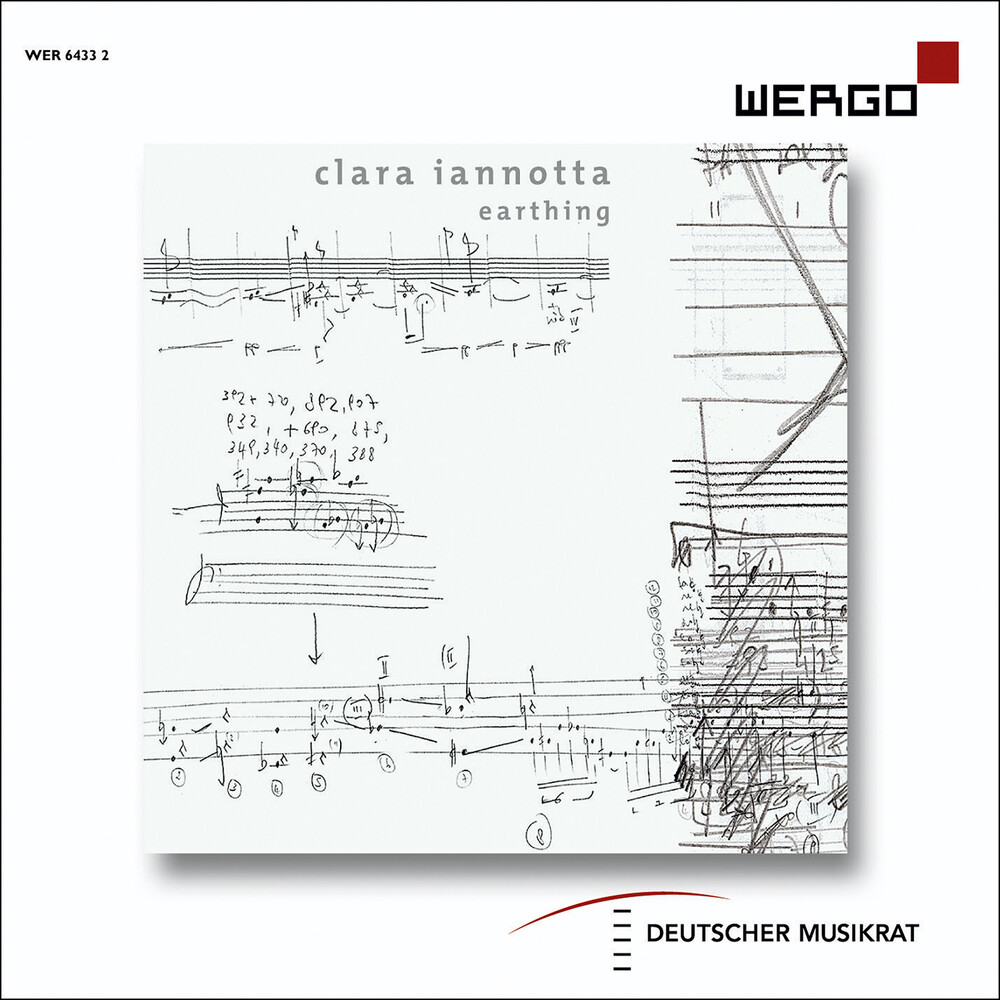 On her portrait recording "earthing" the Berlin-based composer Clara Iannotta concentrates on the genre string quartet. Therefor she takes inspiration mostly from the idea of an underwater world and the small animals that let their luminous organs glow in the deep. The resulting music seems to be under the pressure of water masses but happens in an environment of expanded time. At the beginning of her journey into unknown depths Iannotta works with minimalistic and fragile sounds: 'They sharpen your sense of hearing, just as eyes can only slowly become accustomed to darkness'. Though at times her music can mount up to enormous and complex structures. Iannotta finds further inspiration for her quartets in the works of Irish lyric poet Dorothy Molloy and US-American writer David Foster Wallace or in J.S. Bach's "Partita no. 1 in B minor". Furthermore, phenomena of the wildlife have an impact on her compositional concepts as she explains to booklet author Theresa Beyer concerning the piece "Earthing - dead wasps (obituary)": 'A spider leaves it's carapace behind as an empty shell when it's growing. And suddenly two bodies are lying there - one empty, one filled - and thus two different temporalities. You might say that I composed a string quartet that sheds it's skin several times during the performance.' Sound and noise are represented equally in Clara Iannottas music. Partially, she prepares the strings of the instruments with paper-clips or tunes them down radically. Subtle electronic sounds can be found as well as counter bells, bird whistles, and styrofoam blocks. During the seven years in which the four string quartets have been written, Iannotta gradually leans towards the noise - a process of "earthing", towards the substance of sounds.