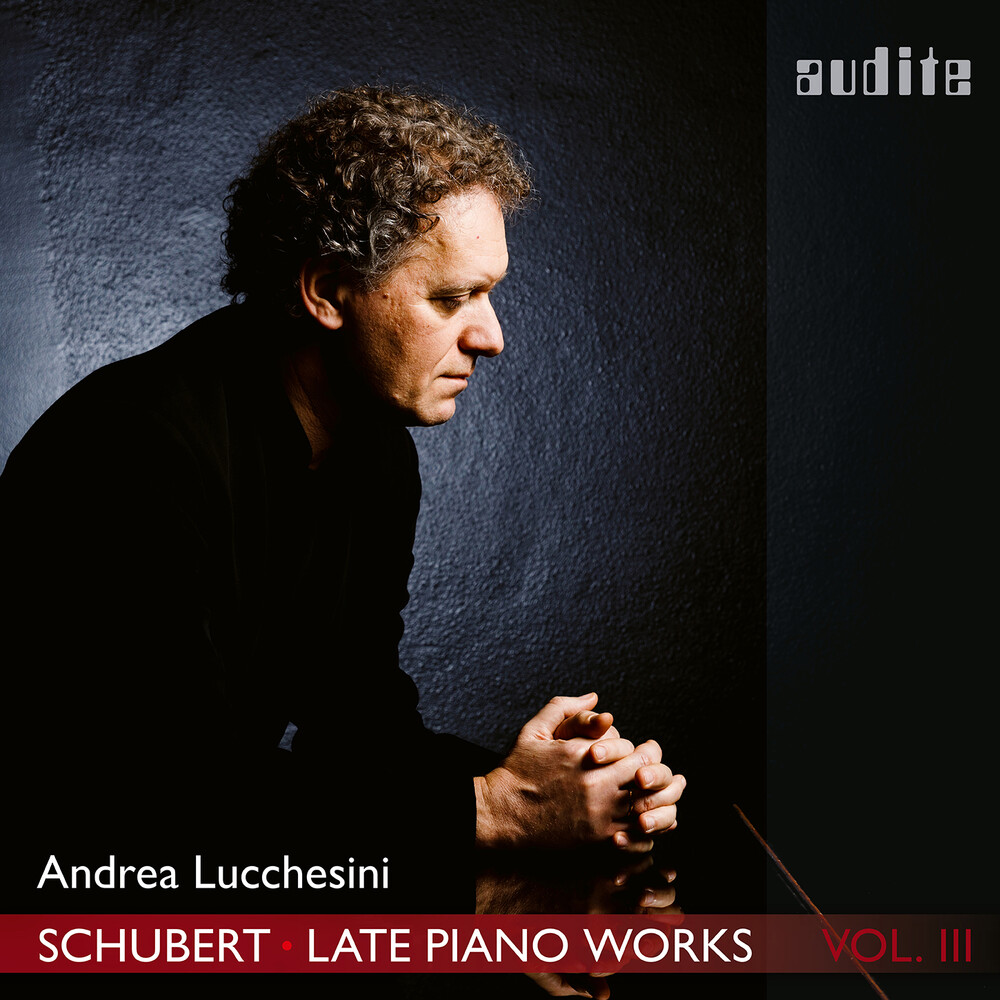 Andrea Lucchesini is one of Italy's most prominent pianists who has established his reputation with a recording series of the complete Beethoven sonatas as well as of chamber music (including for audite). His latest project is dedicated to the late piano works of Franz Schubert - a multifaceted musical cosmos in which Schubert liberates himself from Beethoven's influence and pushes forward far into the modern age. This is also true of the two works that Lucchesini now presents in the third and final volume of his highly acclaimed Schubert series. They could not be more different: whilst the G major Sonata, D. 894, opens with tender sounds which only gradually die out and seem improvisatory, the Sonata in C minor, D. 958, with it's robust opening chords reminds us of Beethoven's pianistic style. Schubert had deliberately opted for this as his point of departure, from which he then developed his own concept for a contemporary sonata. Andrea Lucchesini, born in Tuscany in 1965 and a student of the legendary Maria Tipo in Florence, magically does justice to both these contrasting works by immersing himself into the oscillations of one work and conjuring an urgent, dramatic force in the other.